Justice Gogoi had a destructive influence as a strongman judge 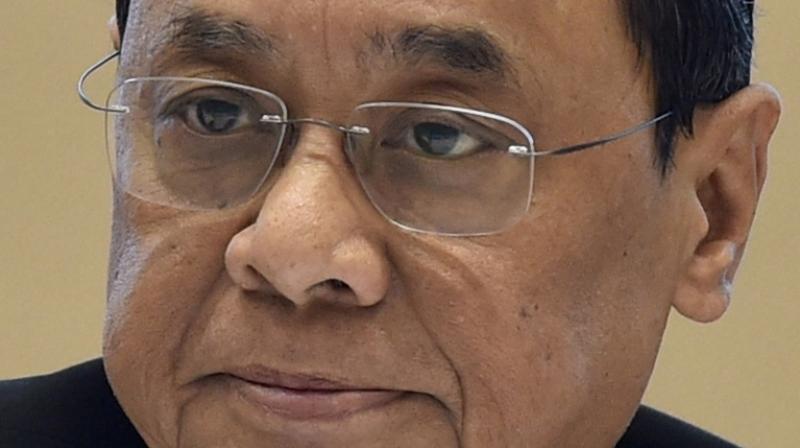 Just months after Ranjan Gogoi retired as chief justice of India, he’s been nominated to the Rajya Sabha. Though the nomination is in the president’s quota of 12 'non-political' appointees, nobody will treat it as anything but a political nomination.

Such an appointment can easily be misconstrued as a quid pro quo for the judgments Justice Gogoi oversaw that favoured this government. Far from maintaining a separate identity as the third pillar of democracy, separate from the legislature and the executive, Gogoi as CJI went into full embrace of his strongman leader.

Evidence of this is in the RSS’ recent declaration that the Ayodhya ruling, during Gogoi’s last days in office, was “correct”. How correct it was will be debated in the years to come; on the one hand, it found the Babri Masjid demolition criminal but on the other it gave the go-ahead for the Ram Mandir. One suspects that the RSS is not unhappy with Gogoi’s nomination.

What about the Congress nominating former CJI Ranganath Misra (uncle to another CJI, Dipak Misra) to the Rajya Sabha in 1998? The elder Misra retired in 1992; one could hardly accuse him of favouring the Congress when his single-member commission indicted 19 Congress members for the 1984 riots. Also, when the Congress sent him to the Upper House, it was not in power.

Justice Gogoi has also had a destructive influence as a strongman judge. In the name of overseeing the National Register of Citizens (NRC) in Assam, he essentially took over its executive functioning and without democratic checks and balances it has become the most divisive administrative measure in India — it is what makes the Citizenship (Amendment) Act so sinister to Muslims.

He relied heavily on sealed evidence, something that goes against transparent jurisprudence; and the nation watched it in action when the Supreme Court, on the basis of sealed evidence, found nothing amiss in the Rafale jet fighter deal — a lucrative deal in which the prime minister had personally intervened.

Worse, however, was Gogoi’s refusal to hear habeas corpus cases from Kashmir after August 5, when the Centre hollowed out Article 370, demoted J&K to a Union territory, and then turned what was already an open prison into a collective solitary confinement by cutting off mobiles and the Internet.

Whereas the CJI was in a hurry to complete the Ayodhya hearings before he retired, he said the court “had no time” for Kashmiris’ civil rights. With such disdain for individual rights, no wonder his was called an “executive court”.

What choice did Justice Gogoi have? There was the example of Justice H R Khanna, the sole dissenter against a 1976 ruling supporting Indira Gandhi’s Emergency; he paid the price of dissent by being superseded as CJI (he chose to resign).

Incidentally, Justice Gogoi had, before he became CJI, unprecedentedly held a press conference with three other judges, lambasting then CJI Dipak Misra’s opaque allocation of cases. Ironically, two years later Justice Misra will continue to sit at home — but not in any House.