Rawat knows Kashmir well, and over the years he has shown himself to be sympathetic to the people of the Valley. 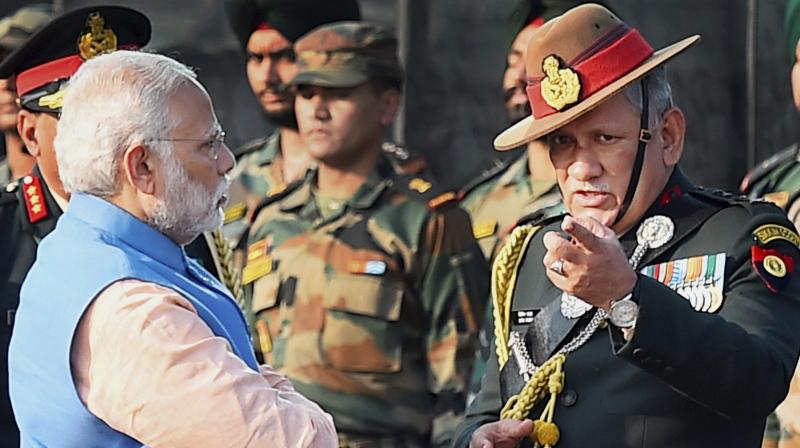 Prime Minister Narendra Modi and Army Chief General Bipin Rawat during the ceremony for pays tribute to security personnel who lost their lives in encounters with terrorists in J&K. (Photo: PTI)

The warning by the Army Chief, Gen. Bipin Rawat, on Wednesday to those in Kashmir who obstruct operations against terrorists by the security forces — as happened in southern Kashmir as well as in the northern part of the Valley earlier this week — is apt. The Army Chief has warned such recalcitrant elements that they will be treated as "anti-national" if they did not desist. He has just lost a clutch of soldiers. An officer of the rank of major was also killed fighting terrorists as the Army's action was obstructed by local residents.

Gen. Rawat knows Kashmir well, and over the years he has shown himself to be sympathetic to the people of the Valley. When an almost inside observer like him issues a note of caution, it is expected he would have done his homework and would have a fair idea of who the troublemakers are and how they find financial and propaganda sustenance.

It was a determined minority which kept up a tempo of protest, specially in rural areas, in the wake of the killing of Hizbul Mujahideen commander Burhan Wani last year. This small but organised group hustled the others into falling in line.

The situation is unlikely to have deteriorated to this degree if the Centre had shown the slightest inclination to talk to Kashmiris about their grievances. The absence of any hint of dialogue has by now filled all of Kashmir with resentment. The government will strengthen the Army's hands if it can engage ordinary people in a conversation.