About 95 per cent of the examinees, higher than in recent years, took their exams on Monday. 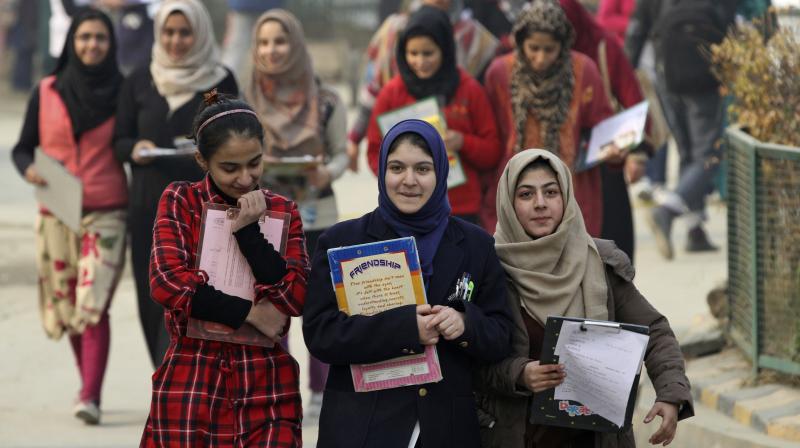 In view of the prolonged trouble in the Kashmir Valley in the past few months, that brought back memories of the high tide of militancy of the early 1990s, there was considerable apprehension around the state government’s decision to hold the Class 12 and Class 10 exams of the J&K School Board. In the end, the holding of the crucial exams, that appeared to be some kind of test of the possibility of the return of normality, turned out to be the right decision, though many were sceptical.

The news so far is good. About 95 per cent of the examinees, higher than in recent years, took their exams on Monday, pointing to the keenness of the students themselves to get on with it, and of their parents and guardians not to be cowed by negative hints from militancy and separatist quarters.

This typically took the form of publicly articulated logic that the examinees had seen their friends and relatives die and get injured in protests, and were in no psychological state to sit for exams. But the youngsters marched with their feet to prove this wrong. Of course, the security arrangements were tight. The Class 10 exams that began Tuesday also went well. There has only been sporadic stone-pelting in some places.

But it would be a mistake to be misled by the placidity of the scene. In the days preceding the start of the exams, there was pretty normal movement of traffic. This was specially noticeable in Srinagar. Separatist cadres, of whom some could be in cahoots with terrorist elements, doubtless realise that creating a major incident and disrupting the exams would be deeply unpopular.

It is probably also true that separatist leaders may appreciate the prospect of a way out so that they have to stop issuing Valley-wide protest calendars. It may be politically prudent for the government to offer a face-saver, as this would ease everyday life for people. This could take the form, for instance, of freeing from detention youngsters who have been booked for relatively minor offences during the long protests and have no record of serious crime.

The public mood in Kashmir is often said to be like its fickle weather. Perhaps a better comparison is the Sensex, which relies on what’s loosely called “sentiments”, which may not be driven by a coherent index, and is changeable. But it should be borne in mind that a few hundred hardened terrorists, mostly sent from the Pakistani side, are present in the Valley and they seek to draw in impressionable young people and seek to manipulate these “sentiments”. The state can take the game away from this lot by taking political steps of substance.