Members of the rebel groups, who have been living in designated camps will now be free to pursue their political demands in peaceful manner 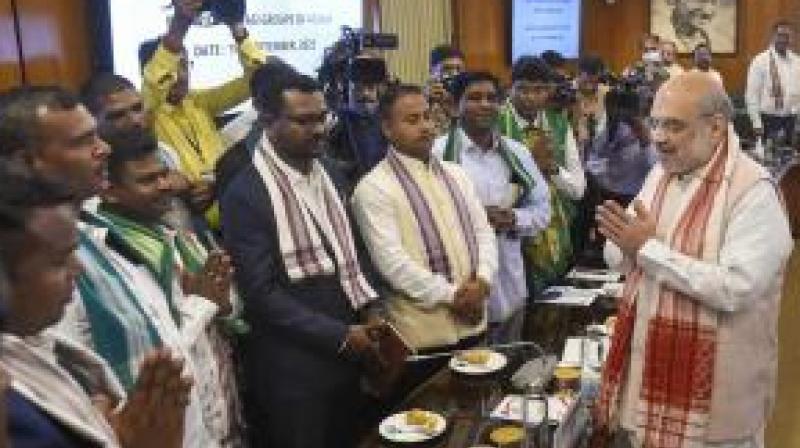 The signing of a tripartite peace accord among the Union government, Assam state government and eight tribal outfits in the state on Thursday not only marks another milestone in the efforts to bring peace in the Northeast but also underscores the role negotiations play while seeking solutions to vexed issues.

As per the latest accord, members of the rebel groups, who have been living in designated camps after signing a ceasefire agreement in 2012, will now be free to pursue their political demands in a peaceful manner. On their part, the governments at the Centre and in the state will work for the uplift of the tribal population by investing in infrastructure and by protecting their cultural, linguistic and ethnic identities. There is also a provision to rehabilitate armed cadres. With this, all rebel outfits except the powerful faction of the banned Ulfa and the Kamatapur Liberation Organisation are onboard the peace wagon in the state.

Two years ago, a tripartite agreement in which three National Democratic Front of Bodoland (NDFB) factions were a party was signed to end the insurgency which cost thousands of lives in the last five decades.

The Nagaland peace process is making slow progress as it has hit on contentious issues such as a separate Constitution and a flag for the Nagas; integration of all Naga-dominated areas into a ‘Greater Nagaland’. The Isak-Muivah faction of the National Socialist Council of Nagaland (NSCN-IM) had walked away from the talks after the Centre’s interlocutor refused to accommodate these key demands. A delegation led by the Nagaland chief minister was in Delhi this week to take the process forward.

The peace agreements together have resulted in thousands of rebels laying down their arms and in the reduction of insurgency-related incidents in the region. The Union government has responded positively to the developments and in April this year revoked the draconian Armed Forces Special Powers Act from several areas of Assam, Manipur and Nagaland.

Attempts to find decades-old border disputes between the North-eastern states have also gained momentum of late. Assam has launched a series of negotiations with its neighbours Meghalaya and Manipur to settle the long pending border disputes. In March, Assam and Meghalaya signed an agreement to end disputes over six of the 12 contested locations between the two states; committees have been appointed to work out solutions for the rest. The chief ministers of Assam and Mizoram will be meeting later this month in Delhi seeking solution to the border dispute between the two states.

The disputes between the states have often resulted in the destruction of properties and disruption of normal life of a large section of people who fight a daily war to keep themselves afloat, given the backwardness of the region. The people who have been divided by borders within the same country engage in internecine fights to mutual detriment but talks and peace are the only viable options they should pursue.

The peace efforts and their success in the Northeast should persuade the Union government to follow the path in other parts of the country, too, instead of depending on the might of the State. If the strategy pays in the Northeast, it should pay elsewhere, too.