AA Edit | Mum’s not the word in House

A fair bit of dissent and demonstrativeness is part of the package that defines democracy, especially a loud one like India 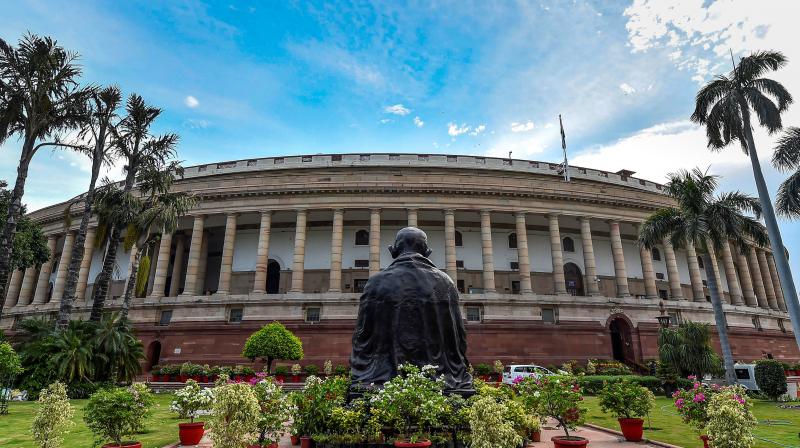 View of Parliament House ahead of its Monsoon session in New Delhi. (PTI Photo)

There was a time when a Member of Parliament could call India’s first Prime Minister “a constipated cockroach” in Parliament and the Treasury-Opposition divide saw nothing too amiss with a member’s use of the privilege of free speech as to be unduly perturbed. India is a parliamentary democracy in which the Prime Minister is elected to head the government by his party MPs and he and his executives are responsible primarily to the legislature.

A hyperactive Parliament secretariat, which was busy recycling rules and regulations and stringing together more don’t than do’s on behaviour while compiling a glossary of terms it sees as “unparliamentary” and objectionable, may not have understood the principles of a parliamentary democracy in which the House is where the government faces the Opposition.

A Speaker or Chairman is not a school teacher or principal maintaining discipline with a rod lest the child be spoiled. Parliament is where the Opposition must be given some slack as its duties there entail raising issues of public concern and being vocal about it.

A fair bit of dissent and demonstrativeness is part of the package that defines democracy, especially a loud one like India. It is to be welcomed that the Speaker has clarified about most of what rules have been spoken in the couple of two days remaining on paper and that there is neither a ban on any words nor a blanket ban on dharnas.

A healthy democracy is defined by how much space it gives debate in the legislature. Parliament is to be judged by the quality of its debates, the seriousness of the issues raised and the efficacy of law-making.

Recent Parliament sessions have been passing laws with scant discussion and this is not the time to invite the old obstructive ways by a pedantic approach prescribed in any dog-eared manual.