Opinion   Edit  16 Jul 2019  WC: Both teams should have been joint winners
Opinion, Edit

WC: Both teams should have been joint winners

Those celebrating like Team England and Novak Djokovic were genuinely commiserative of the vanquished in New Zealand and Roger Federer. 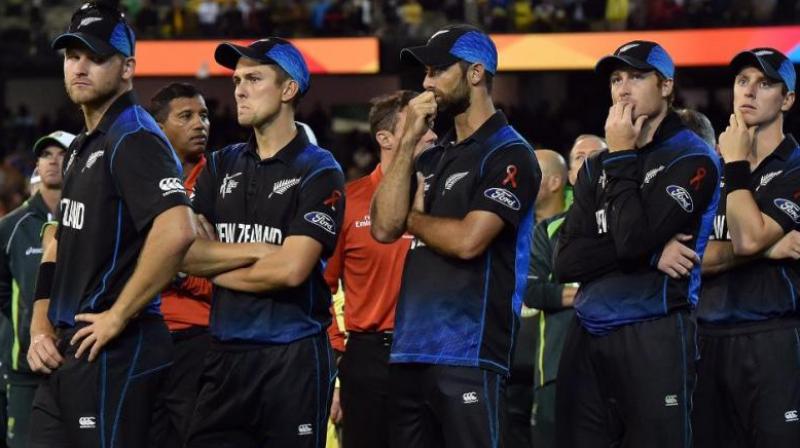 Four years of hard work and three weeks of cricket under intense stress must not be reduced to a contest of one over to each team.

Could there have been more dramatic moments in sporting history, that too in the space of one day in two venues just miles away from each other? Two great sporting contests in London were decided by the cruellest of margins after spectacular battles through tiebreakers, at Lord’s in the cricket World Cup and at Wimbledon in the men’s singles. Unless one possesses the equanimity of Rudyard Kipling to treat success and failure as twin imposters, it would have been impossible to not suffer agony or enjoy the ecstasy on a sporting day that was a metaphor for life in which the difference between victory and defeat was wafer thin. Those celebrating like Team England and Novak Djokovic were genuinely commiserative of the vanquished in New Zealand and Roger Federer. It is, however, the manner of inflicting artificial tiebreakers that was to become the hot debating point.

A first ever Super Over in a final as well as the first ever tiebreaker at 12-all in the final set at Wimbledon were the artifices employed to declare the winners. While tennis did it to shorten marathon matches and avert exhausting the players, a Super Over to decide a World Cup final is itself too extreme. Four years of hard work and three weeks of cricket under intense stress must not be reduced to a contest of one over to each team. What was even more astounding was that the Super Over produced a tie again. In such an outcome it was less than fair not to declare the teams as joint winners. Where is the compulsion in finding an ultimate winner, that too artificially, as in a boundary count? Such a riveting spectacle, so full of drama and human emotions, should not have been spoiled by a winner being spotted from among the minutiae of a match spreading to 50 overs per side. The World Cup is no IPL-like entertainment first cricket.

Team England were deserving winners, despite the unpredictable factors, including a fortuitous overthrow ricocheting off a batsman’s willow and a question mark over whether that should have yielded six runs rather than five. They hit top gear at the right time, beating India, New Zealand and Australia and tying with New Zealand in the final. They played fearless cricket to the extent of even trusting a rookie fast bowler in Jofra Archer to bowl the Super Over. Unlike the Indians, English batsmen didn’t succumb to the pressures of chasing on pitches that did not last the entire duration of the match. The victory may have come on a questionable note, much like their famous 1966 soccer World Cup triumph, but what England demonstrated best was the power of planning a World Cup campaign four years ahead, choosing aggressive methods of play to suit the format and keeping faith with a chosen set of players. In South London, tennis fans may have been left wondering how Federer, who served more aces and hit more outright winners than his opponent Djokovic, could end up the loser in an all-time classic of a final. Too often, sport is a seductress bestowing its fortunes on whoever it pleases.