A bigger role of Army under AFSPA?

The Union government seems to be trying to appear muscular in the “nationalist” cause and giving democratic decencies and rights a burial. 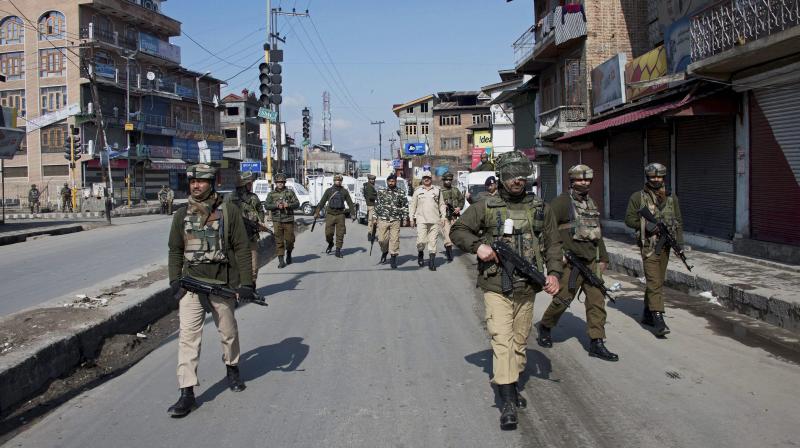 The Army, in many instances, has suo motu tried its own personnel and has openly expressed regret. (Photo: PTI)

In July last year, a two-judge Bench of the Supreme Court of Justices Madan B. Lokur and U.U. Lalit practically produced a manifesto of citizen’s rights for areas where the Armed Forces Special Powers Act (AFSPA) is in operation, as it ordered investigations into “extra-judicial killings” of some 1,500 persons in Manipur over the past decade.

In the case of custodial deaths, the Bench held that there must be a FIR instituted against security personnel and CrPC may be attracted even in areas where AFSPA was in force. This, it said, was within the purview of the CrPC as well as the Army Act.

The point at issue is whether the security forces can have a carte blanche in AFSPA areas and kill civilians at their sweet will, using excessive or disproportionate force, unmindful of the circumstances. The top court says they absolutely cannot, and seeks to make a distinction between deaths in action and those in custody or in cold blood.

This is not palatable to the Union government. Last Wednesday, attorney-general Mukul Rohatgi argued for a dilution of the apex court’s earlier judgment. The State said if that order is not changed, “it may, one day, be well-nigh impossible to maintain peace and security”.

This is plainly absurd unless it can be argued that democratic states must give their soldiers and police the licence to kill and become police or military states in areas suffering from internal disturbances. The government’s top law officer forgets that disproportionate force against non-combatants is not permitted even in conditions of war. Indeed, that is why the category of “war crimes” exists.

The experience of Kashmir shows that aberrations notwithstanding, the conduct of the security forces, especially the Army, has been wholly civilised. The Army, in many instances, has suo motu tried its own personnel and has openly expressed regret. On the whole, other Central forces have also behaved well, although human rights violations have occurred. These have quickly come to light. Just the other day, in Budgam, a CRPF personnel was attacked and dragged by mobs, but the courageous man did not use his weapon to fire on his attackers. He could have. Instances such as these indicate that the security forces are frequently ahead of the curve even as the State bats for a retrograde position.

The A-G argued that the Army has to take quick action and these must not be subjected to judicial review as ordinary murders can be. Use of force in the line of duty is not what we are talking about here, but the leeway to practice murder. The Union government seems to be trying to appear muscular in the “nationalist” cause and giving democratic decencies and rights a burial.