When a white supremacist Australian goes on the rampage, it would appear anti-migrant feelings could be the key. 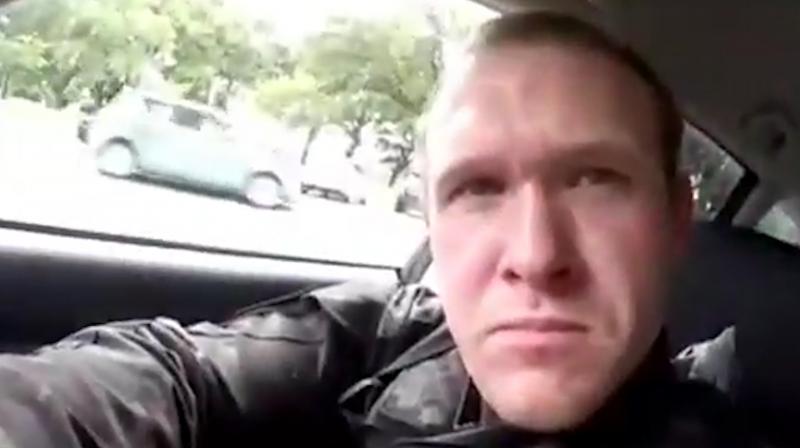 This image taken from the shooter’s video, which was filmed Friday, March 15, 2019, shows him as he drives and he looks over to three guns on the passenger side of his vehicle in New Zealand. (Photo: AP)

The biggest attack on Muslims in a Western country in the modern age claimed 49 victims with nearly as many more wounded. It took place in the idyllic southern New Zealand city of Christchurch. The racially-motivated terror attack came though the barrel of a semi-automatic weapon as a white Australian man went on a shooting rampage inside one mosque and then drove to another to kill more Friday worshippers. The principal conclusion to be drawn is that terror attacks are the bane of the modern world and represent the greatest threat to peace and communal harmony. When a peaceful New Zealand is shattered by terror tentacles spreading so far down under, it comes as a reminder to all that in an interconnected world of today, nothing happens in isolation. The horrific event, in which the death toll was contained a bit by the bravery of one man who hugged the assailant and forced him to drop his rifle, is a reminder that no place is too far removed from the mainstream to be safe from race- or religion-inspired terrorism.

The motivation could be complex. When a white supremacist Australian goes on the rampage, it would appear anti-migrant feelings could be the key. The feelings against migrants and refugees are an incipient universal phenomenon sweeping into countries in what used to be called the "First World". For years India used to scream about the need to act against State sponsorship and terror factories without being heard until 9/11 happened and now all western countries seem to have become united in their stand against terror, both homegrown and imported. The other motivational stream could be Islamophobia, particularly virulent in the days of Trump in the USA, but more likely inspired by reactions to Islamist terror of the type that has often shattered the peace of the world in the new millennium. Attacks have spread towards Europe from its base in an arc from Pakistan and Afghanistan through the Middle East, and into Africa.

It is a fact of modern life that no matter what footprints are left in the digital world about the thoughts of abnormal people, it still takes a lot on the part of the State, with all its intelligence infrastructure, to prevent lone wolf attacks of the type perpetrated by Brenton Harrison Tarrant in New Zealand on Friday. What sets the current attack apart from others is that it was performed for an audience on the internet, the grisly scenes transmitted live and viewed millions of times before the respective platforms could take the video down. But then the internet is the great modern factory of terror, nurturing the seeds of extremism of every kind and infecting minds with hate and violence, allowing them to feed off one another freely.