Isro is now looking at an orbiter to Venus, besides a second mission to Mars after creating history with its MOM mission. 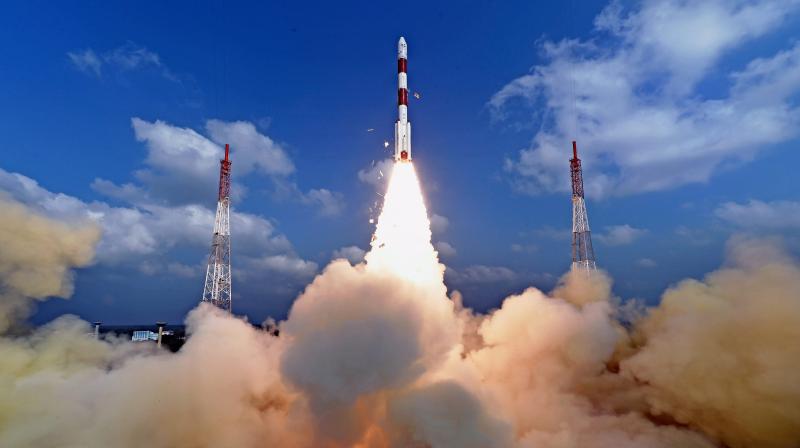 Isro’s quantum leap in launching 104 satellites on a single rocket is mind-boggling. The economical way in which Isro runs its missions propelled it into becoming a major player globally in satellite launches. Isro sent an orbiter to Mars at a fraction of the cost it took to make Gravity, Hollywood’s big-budget space travel blockbuster. The shoestring $75 million budget that Mangalyaan was built on and executed was an eye-opener in the rarefied world of space conquest. The latest PSLV launch may have cost just $15 million, which even private US companies like SpaceX can’t match, leave alone Nasa, which spent 10 times more than India on its Mars orbiter. It is indeed a most distinguished feather in Isro’s cap that it is such a dominant player in the multi-billion dollar space industry, a real meritocracy. The very fact that the United States is India’s biggest “space” customer is a further reflection of Isro’s achievements.

The figures behind PSLV-C37, the heaviest of the workhorse launch vehicles used so far by Isro, read more like a Virat Kohli innings, with several records falling by the wayside. How remarkable the launch of 104 satellites in one flight is can be gleaned from the earlier record — of 37 satellites launched in one go by Russia three years ago. The precision required for the sequential release of so many satellites can well be imagined, so too the excitement of placing in space 88 nanosatellites for a start-up American firm. Isro can, however, boast of even greater qualitative achievements, besides its excellent safety record with PSLV, making it the world’s most reliable launch vessel, as it may have failed just once in 39 missions — that too in its very first venture into space over two decades ago — while placing satellites in orbit for 21 countries, including UAE and Israel, in the latest mission that succeeded Wednesday.

Isro is now looking at an orbiter to Venus, besides a second mission to Mars after creating history with its MOM mission. The orbiter to Venus will be the true qualitative quantum leap to whip up scientific excitement. Nasa is keen too to undertake joint studies on using electrical propulsion on this mission. As a world leader in inter-planetary exploration, including landing a rover on Mars, Nasa’s willingness to collaborate signals the ultimate acceptance of Isro’s premier position as a space agency with a penchant for surprising the world with advanced technology to explore the vast expanse of space, and to do so without letting costs go through the roof. In recognition of its achievements, the government has given Isro a healthy 23 per cent budget hike. But no cost can be considered too high for furthering man’s scientific knowledge of Earth and beyond.