As non-BJP parties, the DMK and AIADMK have earlier been kingmakers or useful allies in Delhi. 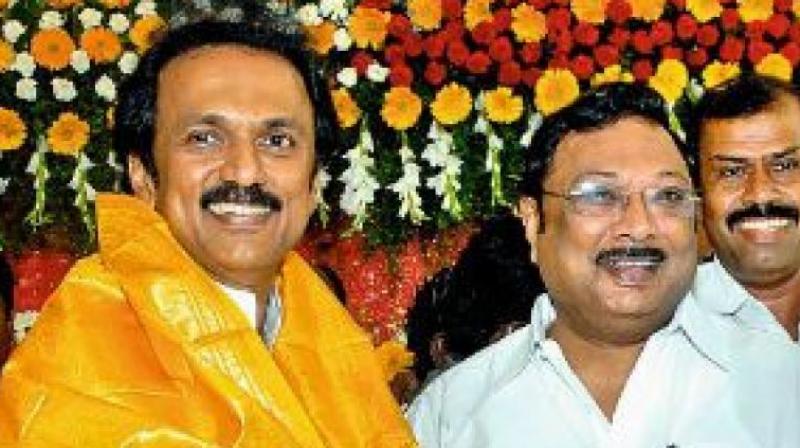 A rebellion of sorts seems to have emerged in the DMK soon after the demise of M. Karunanidhi, its patriarch and president of 50 years. His older son M.K. Alagiri, expelled from the party by none other than his doting father, is trying to challenge heir apparent and party working president M.K. Stalin. It’s possible Alagiri is only looking to establish his rights within the trusts, seeking a post for his son on the boards of a family-owned newspaper and television station. However, the former Union minister has a presence in Tamil Nadu’s south, in Madurai, which can embarrass Stalin, who had just begun breaking out of his father’s shadow when Karunanidhi fell ill two years ago and was incapacitated until his death earlier this month. A well-settled succession question has also opened up, although it is likely Stalin will establish his supremacy soon.

The Dravidian parties can play a key role nationally in 2019 as 40 seats, including one in Puducherry, are just over seven per cent of the Lok Sabha’s strength, and could be among the swing factors between the BJP-led NDA and the Congress-led alliance. As non-BJP parties, the DMK and AIADMK have earlier been kingmakers or useful allies in Delhi. Tamil Nadu’s current fluid situation, with ruling AIADMK MLAs sporting loyalties to three different leaders in EPS, OPS and T.T.V. Dhinakaran, who heads the Sasikala faction, could have unsettling effects in the run-up to the polls, as various combinations are in the air with the advent of filmstars Rajinikanth and Kamal Haasan in politics. Tamil Nadu’s politics is pregnant with possibilities, especially as the state hopes to play a national role in 2019.