Though the UGC has advised conducting online exam or mixed mode tests, there are massive infrastructural frailties 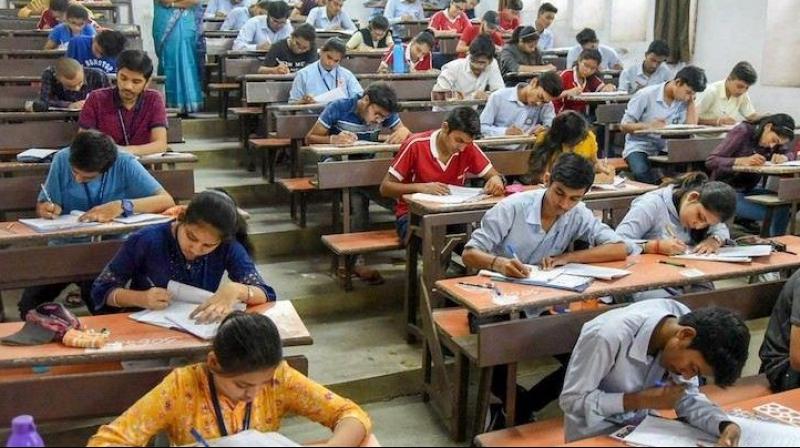 There are practical aspects of conducting the exam to consider as well, the reason why an eminent institution like IIT Bombay has cancelled it. Representational Image

Predictably, the Madhya Pradesh government has done an about-face after announcing its decision to cancel them. Once again, instead of looking at what is in the best interests of students, the powers have ended up politicising education.

Whose fault is it? Experts feel that the central authority is principally wrong in taking this unilateral decision and in so doing has perpetrated an assault on federalism and on the autonomy of universities. While school education is a state subject, higher education is on the concurrent list.

The decision could easily have been left to the wisdom of individual, state-run, central or autonomous, universities.

There are practical aspects of conducting the exam to consider as well, the reason why an eminent institution like IIT Bombay has cancelled it.

Every university has outstation students, some belonging to villages. Is it safe to call them back to write an exam? What of the supervisors, and support staff? Are village dwellers less equal citizens? If any student — rural- or urban-origin — gets infected by the coronavirus, will the university bear responsibility?

Though the UGC has advised conducting online exam or mixed mode tests, there are massive infrastructural frailties.

Servers have been known to crash even in the highbrow Delhi University. A sizeable proportion of the student population also cannot financially afford to appear for an online exam.

Under these exceptional circumstances, therefore, it ill-behoves the commission to bandy about its pet stockphrase of academic credibility. It is advised to focus on students’ mental health instead.

Since the exams would have been over by now in any regular year, many students have enrolled for internships, some are looking for jobs and others are all set to do their masters. The least the UGC can do is not ask them to put their lives on hold.

It can come up with an alternative form of evaluation suggestion on its part. For instance, those consistent in their performances will benefit from an average marking based on their previous year's results.

Others can be asked to complete an assignment of their choice and be assessed on its merit. A provisional degree can then be granted, which they can renew within three years.