In wake of Vardah, some lessons learnt

The path of cyclones is most accurately predicted these days and this enables preparedness. 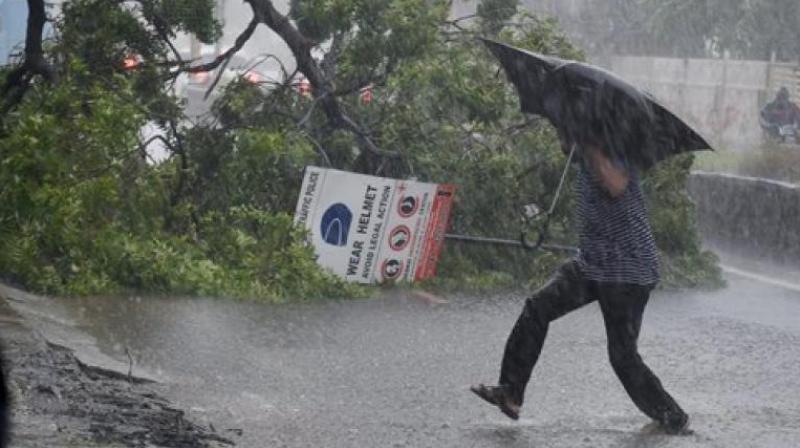 A man runs for safety as an uprooted tree blocks the road during heavy rainfall triggered by Cyclone Vardah in Chennai. (Photo: PTI)

Cyclone Vardah’s trail of destruction was immense as the eye of the storm ripped through Chennai, but the loss of lives (around 18 in Tamil Nadu) was minimal, that shows how much we have improved our readiness to face such extreme weather events. It is heartening we have learnt to value lives and take steps to mitigate the effects of natural disasters, that affect the poor and the underprivileged more than others. It was touching that the disaster relief teams forcibly evacuated people in low-lying areas and near the sea in Tamil Nadu and Andhra Pradesh to safe shelters. The gesture of the chief minister of Andhra, a state which suffered less, in asking everyone to help Tamil Nadu in disaster mitigation efforts was commendable.

India’s preparedness in tackling Vardah was impressive as the same tropical storm took a toll of over 100 lives in Thailand, Malaysia and Indonesia, while the death toll was far less in India, including in the Andamans. As global warming keeps contributing to climate change, we are likely to see more extreme weather events like storms and intensive rainfall, and the least we can do is prepare for such events. The path of cyclones is most accurately predicted these days and this enables preparedness. The same expertise is not yet available for predicting floods and earthquakes, with the woes from the former being exacerbated by human settlements on wetlands and brazen encroachments as seen in the extreme Chennai floods last year, that took a toll of over 500 lives. The political will to take on flagrant violations of planning rules/regulations should help as cyclones don’t often come without bringing substantial rains, leading to flash floods.

Where the two South Indian governments scored in taking on Vardah was in seeking employment of Central disaster response forces in time and in coordinating the efforts of state and Central personnel with free use of tools available today like social media and communication platforms. The Tamil Nadu government’s efforts, amidst the difficult  transition following J. Jayalalithaa’s death, were led from the front by third-time chief minister O. Panneerselvam, who was available through the day, accessible to senior bureaucrats, doing mitigation management in a transparent way. Precautions like closing schools and colleges and asking offices to shut may seem ridiculous at times when predicted storms don’t make landfall as spectacularly as Vardah did. But there is logic behind this as most deaths in such disasters occur from people stepping out of the safety of their homes. The lessons learnt from the Vardah experience should help further refine disaster management processes in times when nature might have become our biggest threat, but also as we have abused the Earth’s resources and invited global warming and climate change.