Somnath was the kind of a man who made the Speaker’s post sacrosanct. 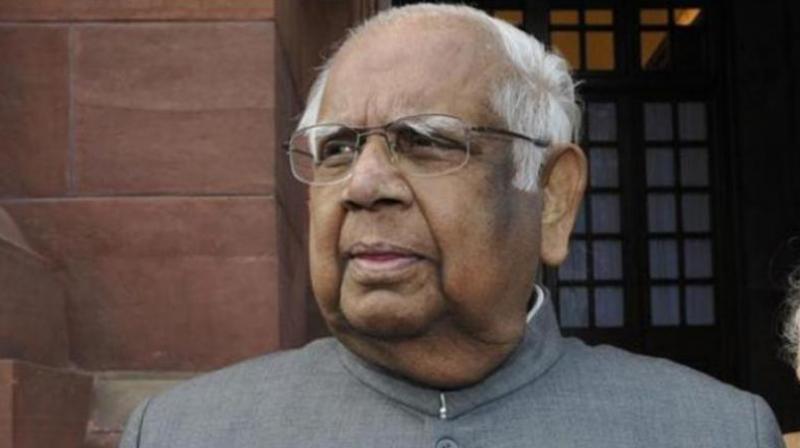 The former speaker of the Lok Sabha, Somnath Chatterjee will be remembered for long because he stood up to the bullying of his beloved communist party in order to uphold the bipartisan role of a Speaker in Parliament. Convinced that the Indo-US civil nuclear deal was for the good of the nation, Somnath withstood the emotional dilemma created by CPI(M). The party that had made a long and distinguished political career for the son of Nirmal Chandra Chaterjee, president of the Hindu Mahasabha, would give no leeway for Somnath as Speaker even to remain neutral in the big debate on the nuclear deal. He may have suffered some collateral damage as a “cash for votes” scandal was also associated with the vote that the Manmohan Singh-led Congress party and the UPA won in Parliament. Somnath came out of it squeaky clean although he said he would carry the scar of his expulsion on his heart till his death.

The felicity with which Somnath dealt with people of all political persuasions while remaining a staunch Communist made him a rare figure in the world of divisive ideologies in the many years that saw Parliament being held up for days together. The fact that he always “spoke for the House” even in different and difficult circumstances, rather than for one side or the other, may have endeared him to all. As an erudite lawyer schooled in Middle Temple in the UK, he was highly regarded in the SC. But when it came to upholding the rights of the Speaker inside the House he stood up to the top court, brooking no interference in the matter of his right to expel members. He guarded the institution of Speaker so zealously as to trigger the fear over whether anyone else would be as capable in that position in the future.

The ideological party to which he was so loyal did not forgive him despite a decade having passed since the Indo-US nuclear deal vote. Maybe, the then party chief Prakash Karat’s understanding of the norms of democracy may not have been up to scratch although we could understand that considering the ideology which drives the Communists. However, at the end of it all, Somnath appears as the victor, and that is a thread running through his career. In fact, when he lost the Burdwan seat to a rising star in Mamata Banerjee in 1984, the victorious candidate went on to cultivate the highest regard for him. Once told that he may be subjected to a physical search in Australia where no one is exempted from rigorous security checks at airports, Somnath cancelled his trip rather than subject one holding the Speaker’s position in a democracy to an experience not befitting his stature. He was the kind of a man who made the Speaker’s post sacrosanct.