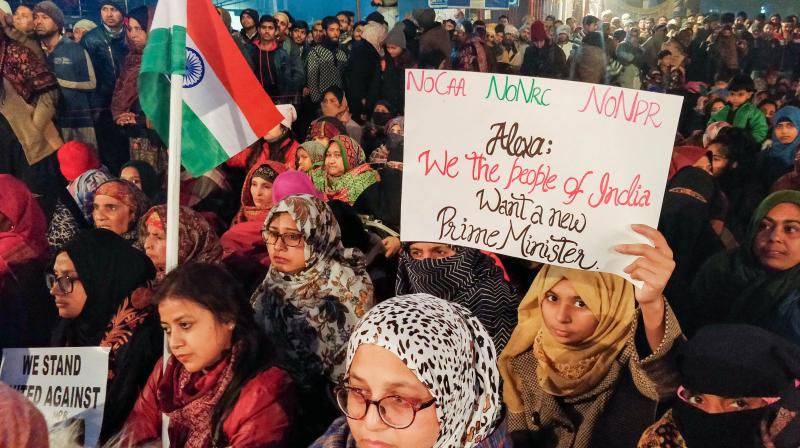 Citizens who gave up the solace of their homes to sit outdoors on protest through the harshest Delhi winter in decades were, in fact, undertaking an extraordinary act on Gandhian lines, and this was noted around the world. (Photo:PTI)

Dismissing a review petition to its judgment of last October, the Supreme Court last week reasserted its earlier order and said that it was “not acceptable” that protests should lead to the “continued occupation of public place affecting (the) rights of others.” The constitutional scheme “comes with a right to protest and express dissent but (also) with an obligation to have certain duties,” the top court pointed out.

In the routine sense, these averments are in keeping with the constitutional scheme. The court’s order was in respect of “continued occupation of public space” arising out of the Shaheen Bagh movement. A prolonged protest of mainly Muslim women against the Constitutional (Amendment) Act had led to the traffic flow being obstructed. The anti-CAA movement, however, needed to be placed in perspective.

The CAA is a law that strikes at the root of the basic precepts of citizenship as per the Constitution. The apex court is yet to offer a pronouncement on this subject although the matter has been before it (as is the thorny question of Kashmir) since last year. Citizens who gave up the solace of their homes to sit outdoors on protest through the harshest Delhi winter in decades were, in fact, undertaking an extraordinary act on Gandhian lines, and this was noted around the world.

To uphold judicial logic in the noblest historical sense, it may have been apposite if the apex court had first spoken on the constitutionality of CAA, upheld it, and then curbed the anti-CAA protesters. In the absence of this, it is the executive that may draw solace from the Supreme Court order, not the citizen.

To draw a parallel, in the current farmers’ agitation, the police have jammed streets to create discontent in a locality on traffic grounds. In the anti-CAA protest too, the police blocked traffic near the protest site in order to heighten the sense that the flow was being obstructed by the protesters — and this narrative prevailed, not least because the agitators were mainly from the minority community.

When the judiciary deals with a situation that becomes a point of departure — as the anti-CAA protest was — what should be the proportionality of the application of normal laws? This is a question to be contemplated.