Release of killers of a Prime Minister was clearly judicial overreach 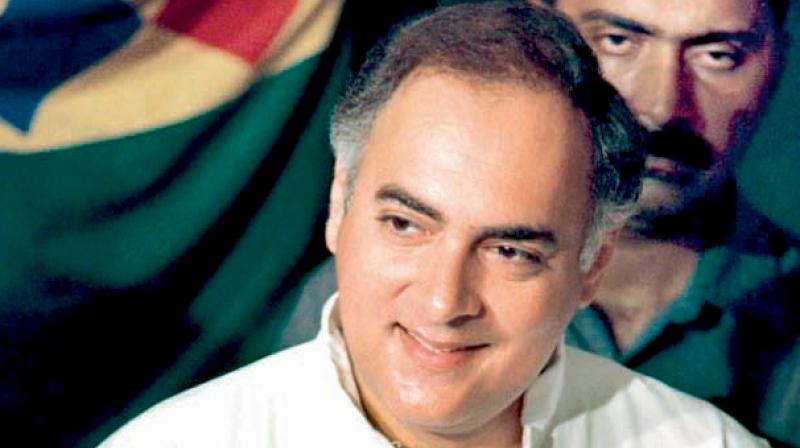 The assassination that changed the worldview of terrorism itself marked the beginning of the end of the LTTE that had tragically reposed more faith in bloodshed than in democratic negotiations. (Photo: AP/File photo)

The release of the last six convicts undergoing life terms for their involvement in the 1991 assassination of former Prime Minister Rajiv Gandhi suddenly evoked myriad emotions in the political and public spheres. Besides politicians allegiant to the Congress Party to which Rajiv Gandhi belonged, relatives of those who lost their lives when a human bomb blew herself up and those around her and ordinary people who found the killing of a charming leader unpardonable are voicing their opposition to the Supreme Court letting off the convicts.

Simultaneously and on the other hand, there is euphoria over the move with some even calling it rather belated. They have done their time. It should be viewed from a human rights perspective. They were not the real killers. They are Tamils. These are some of the many emotional outbursts from the multitude of supporters of what has now come to be known as Tamil assertion to justify the Supreme Court order. Other than the fact that the six convicts had languished for too long in jails, every other justification is just gibberish.

Even the vociferous resistance to the convicts being set at liberty after 31 years by aggrieved people who lost their leader or a dear one, too, is unacceptable for it was a decision taken by the judiciary that had put them in prison in the first place. Of course in an event of this nature — letting out ‘killers’ of a world leader against whom a suicide bomber was unleashed by a militant organisation, changing the political history of the country — it is difficult to keep politicians at bay. They will swarm the scene for political brownie points.

But beneath the cacophony of conflicting noises and voices lies a grim reminder of a diabolical murder, the most foul of its kind. What happened on the night of May 21, 1991, at an isolated ground in an obscure town of Sriperumbudur in Tamil Nadu was an utterly mindless act — notwithstanding the fact that several perverted minds had pooled in their thoughts and ideas during the long drawn conspiracy — that brought no gain to anybody involved.

The LTTE that wanted to eliminate Rajiv Gandhi for whatever reason, the conspirators who planned the whole fiendish operation and roped in people who might not otherwise even jump a red light at a traffic signal and the people who dedicated themselves to carry out the deplorable act by undertaking dangerous tasks all ended up losers in every way. The assassination that changed the worldview of terrorism itself marked the beginning of the end of the LTTE that had tragically reposed more faith in bloodshed than in democratic negotiations.

Picking up guns in response to the then prevalent discrimination of Tamil people by Sinhala chauvinists back in their homeland might have been perceived initially as the right way to push back aggressors and also to assert their rights. The romantic aura attached to militancy had also warmed the cockles of many back in Sri Lanka and here in India, Tamil Nadu in particular, when the killings began in the island nation. But when the gun — a powerful RDX, to be precise — was turned against a popular and lovable leader of the neighbouring nation that nurtured them, it took a Mephistophelian contour that is least valorous.

The conclusion that this was judicial overreach is inescapable as a set of conspirators in an assassination of a Prime Minister of India carried out the diabolical act on Indian soil in an act of terror against the Union of India more than just the state of Tamil Nadu. Walking out free are also convicts who had knowledge of the killing and were involved in it.