The government too must formalise trekking, and make it mandatory for groups to use seasoned foresters as guides before going on hilly terrain. 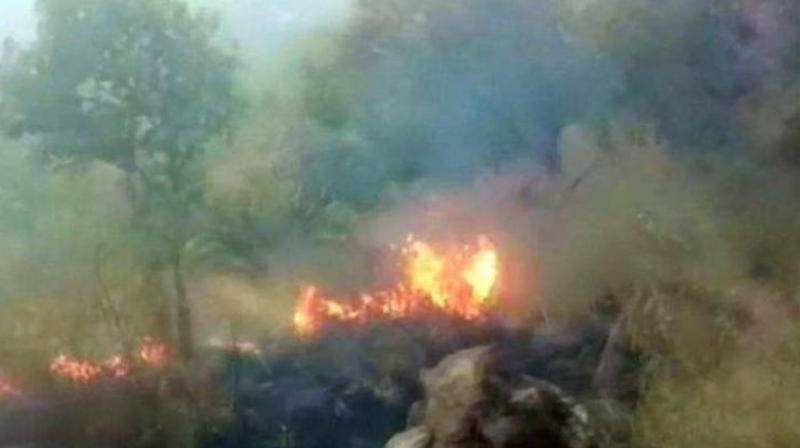 The fire broke out in Tamil Nadu's Theni district while a Chennai-based trekking club, which had 25 women and 3 children, had organised the expedition from Kurangani to Bodi in the Western Ghats. (Photo: ANI)

A tragedy struck a group of trekkers in the southern hills of the Western Ghats on the Tamil Nadu-Kerala border. Members of a trekking club from Chennai and some others from cities near the hills were on a Women’s Day trek through forests when they were confronted with a raging forest fire. While little is known on what caused the fire (it’s common enough in the dry season), those on the trek were so disorganised that they didn’t seem to know what to do in case of a forest fire. They seem to have needlessly exposed themselves to danger by trying to walk downhill through the fire instead of climbing to safety where they came from. It also seems they had not been briefed properly on safety precautions.

There are two aspects to this. The trek may have been unauthorised, with permission not sought from the forest department, which may not have allowed treks through prohibited areas like reserve forests. In these things, there’s only a thin red line between adventure and misadventure. The other aspect is that the fire may have had a human element: it seems to have started in the foothills where vegetation is basically grass and it swept up into the woods. A thorough inquiry is needed to establish the cause of the fire. The government too must formalise trekking, and make it mandatory for groups to use seasoned foresters as guides before going on hilly terrain. The forest department, along with the hill area authorities, can easily mark safe trekking routes, and only these should be used by trekkers.

AA Edit | Headwinds in economy are a challenge for India

Sanjaya Baru | The Mahatma Brand: From Nehru to Prashant Kishor