The Left parties held their own separate “morcha” in New Delhi on the same issues that the Congress had flagged. 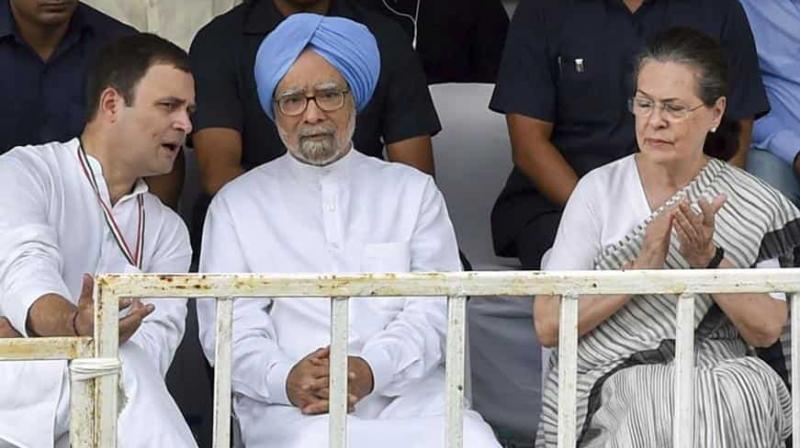 Politics has just manifested an unusual feature. The all-India bandh by the Opposition parties on Monday was to protest against the sharply rising diesel and petrol prices, and to demand these be brought under GST, which the Congress — which took the lead in initiating the coordinated protests — says will help lower fuel prices by 15-18 per cent, and offer immense immediate relief to the people.

Interestingly, the BJP’s national executive, which met in the preceding two days, with Prime Minister Narendra Modi and BJP president Amit Shah playing architects, didn’t even bother to refer to the rapidly escalating price of petroleum products which, along with the plunging rupee, is causing a nightmare in policy circles and hardship all around.

The equation is pretty straightforward — hard facts on the ground that can torpedo the macroeconomic essentials in the foreseeable future and sharply pinch nearly every household budget in the country are counter-posed against the post-truth approach of the ruling party. The question here is: can the former be made to challenge the latter?

That didn’t quite happen on Monday. It’s true calls for nationwide protests show their truest potential when the ruling parties in each state give effective backing to the call. Mamata Banerjee’s Trinamul Congress didn’t do so in West Bengal. The SP and BSP did hold sporadic protests in UP, where they command an impressive grassroots presence, but there was no effort on their part to strongly challenge the government.

In New Delhi, Congress chief Rahul Gandhi and former PM Manmohan Singh exhorted the Opposition to put up a common front against the BJP in the next parliamentary elections, but that was pretty much it, although leaders of some Opposition parties stood with them. The Left parties held their own separate “morcha” in New Delhi on the same issues that the Congress had flagged.

On the other hand, the bandh’s impact was felt in Karnataka and Kerala (states where the Congress and the Left respectively are in power), as well as in Bihar, Odisha and Assam. It was evident the RJD in Bihar and the Congress in the other two states had mobilised effectively.

It wasn’t so much the patchiness of the protest that catches the eye as the fact of leading Opposition parties’ inability to bend their energies to challenge the Narendra Modi government’s politics and ideology with any sense of coordination. This, of course, doesn’t mean people are not hurting due to the many policy failures of the present government. The point is whether they can be electorally mobilised.