Congress president Sonia Gandhi has set up a three-member committee 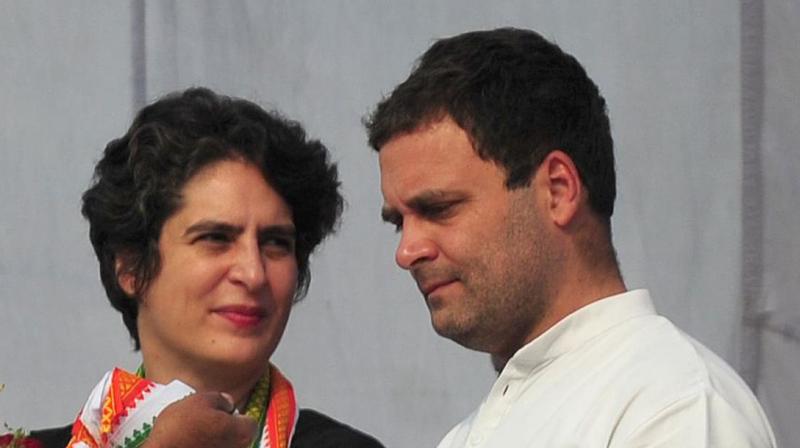 The defusing of the rebellion within the Rajasthan Congress after former deputy CM Sachin Pilot met Rahul Gandhi and Priyanka Gandhi Vadra in New Delhi Monday, days ahead of Friday’s Assembly session, is welcome news for the party, which feared the loss of yet another state government due to the BJP’s mischief.

But while the first signs of a possible rapprochement are evident, the rift between Mr Pilot and chief minister Ashok Gehlot is far from over, and the contours of a peace deal still need to be worked out, for which Congress president Sonia Gandhi has set up a three-member committee.

Mr Pilot is said to have demanded he be reinstated as state party chief and made chief minister in the last year of the current government’s term.

That is extremely unlikely, given that a large majority of MLAs want Mr Gehlot as CM.

The chief minister, in turn, who is clearly not happy at these developments, has advised the Congress high command to accommodate Mr Pilot in a central role in New Delhi.

It was suggested he be made an AICC general secretary, but it doesn’t seem this will be acceptable to Mr Pilot.

Mr Gehlot, who had an abrasive relationship with his former deputy all through their government’s first 18 months, said Tuesday he would listen to the grievances of all party MLAs, including the rebels, and try to address them, but was opaque about whether he would try to repair ties with Mr Pilot, against whom he had used extremely harsh language in the past few weeks, calling him a “nikamma”, among other things.

And while the younger leader can be faulted for much of the friction between the two, the senior leader too should share some of the blame. Political differences, especially in the same party, cannot be resolved by bringing in the police.

That said, the CM may have been right to suspect the BJP of plotting with some Congress leaders to bring down his government, but that needed to be handled politically.

For the BJP, the developments in Rajasthan are a wake-up call -- that there are limits to its ability to bring down elected governments and come to power through the backdoor.

After its successful dislodging of the Kamal Nath government in Madhya Pradesh earlier this year, with the help of another Congress leader Jyotiraditya Scindia, and several other such instances in the past, the saffron party had hoped for a repeat in Rajasthan, cashing in on the rebellion by Sachin Pilot (who had always insisted, though, that he had no plans to join the BJP).

But Mr Pilot, who initially claimed that 30 Congress MLAs were backing him, finally saw he had no more than 18 legislators in his camp, which was insufficient to dislodge the Gehlot government.

State BJP leader and Union minister Gajendra Singh Shekhawat, who was allegedly caught on tape while conspiring to wean away MLAs, ended up with egg all over his face.

The role played by Rajasthan’s governor Kalraj Mishra in the whole affair including impeding the CM’s bid to hold an Assembly session to prove his majority also clearly shows that the BJP has not given up trying to misuse the Raj Bhavans to further its political ends.

The Congress and other Opposition-led state governments need to watch out in the months ahead.