The temperament of talented players in the distaff side seems so fragile that two Slams in a row. 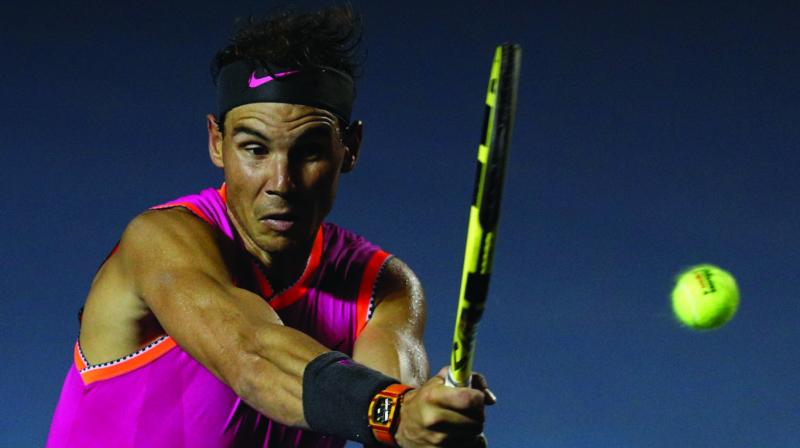 When Rafael Nadal rolled on his favourite red shale discolouring his T-shirt and shorts, he was conveying the symbolic message of how he’s the closest any tennis player could get to invincibility on this type of court. The all-time great isn’t only a clay court champ as he has six other Grand Slam titles in the Australian Open, Wimbledon and the US Open. His dozen titles from a 93-2 record at Roland Garros, which carry the stamp of his indefatigable style, trading baseline strokes forever, take him to 18 Grand Slams, which puts him only two behind legendary contemporary and all-time great Roger Federer, whose decimation he carried out in the semi final to reinforce the point of his superiority. Nadal’s victory is all the more remarkable considering his uncle calls him, without hyperbole, as the “injured person who plays tennis”.

Nadal may not be gifted with the silken touch of a Federer or the stroke-producing genius of Novak Djokovic, but for sheer effort he takes to stay in the fight exemplifies a relentlessness that personifies the very spirit of sport. Between them, the three all-time greats have won the last 10 Grand Slams. Far from stifling tennis of any rising talent, they have lent the game a colour and variety that elevates all three to a loftier pedestal. Regardless of which one leaves an indelible mark on the game with the most Grand Slams, tennis is the better for their presence at the pinnacle. Joining them briefly in Grand Slam glory was women’s champ Ashleigh Barty, a young Aussie with a future. The temperament of talented players in the distaff side seems so fragile that two Slams in a row, as Naomi Osaka claimed in the US and Australian Open, are rare these days.