Although India isn’t a signatory, it could raise its profile if it’s able to make a clear voice heard on the Trump administration’s capricious stand. 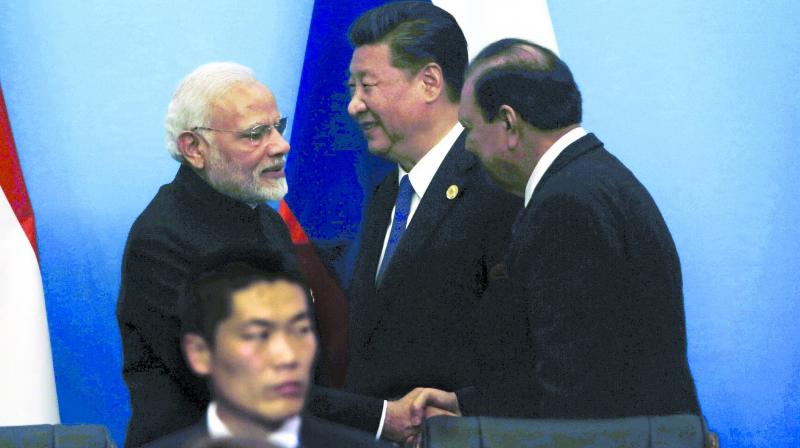 The recent Shanghai Cooperation Organisation summit at Qingdao, China, which India attended for the first time at the prime ministerial level after becoming a full member last year (along with Pakistan), permitted PM Narendra Modi to espouse the cause of connectivity among neighbours and SCO member states while officially placing on record India’s reservations on China’s Belt and Road Initiative as it transgresses Indian sovereignty in Pakistan-occupied Kashmir, and not for other considerations.

This was a necessary step that underlined India’s eagerness to seek infrastructural connectivity, but it remains to be seen if New Delhi will follow up with canvassing connectivity projects with other countries at an early date. Perhaps India should also mount pressure on Pakistan via SCO to permit its trade with Afghanistan to flourish through the land route via Pakistan as that could have a beneficial impact on India-Pakistan relations as well.

Mr Modi’s bilateral discussion with Chinese President Xi Jinping, the host, confirmed the desire of both sides to put Doklam behind them and pursue the normalising of relations — making a “new start” in ties, as Mr Xi had told Mr Modi at their informal summit in Wuhan only weeks earlier. For India, the optics were also important. New Delhi’s message at the summit was that India can stay positive as a SCO member and work to sort out issues with China.

But it remains to be seen if this can graduate to India being able to play a part in resolving the central question under discussion at Qingdao raised by Iran, although Tehran still only has observer status in the SCO.

Iran’s President Hassan Rouhani sharply criticised the United States for unilaterally pulling out of the 2015 nuclear agreement with Tehran and reimposing sanctions. The Iranian leader urged a strong role for Russia and China, besides the leading European powers which have opposed US President Donald Trump’s unilateralism on the nuclear agreement, in ensuring that the deal is not abandoned internationally.

Although India isn’t a signatory, it could raise its profile if it’s able to make a clear voice heard (like the Europeans, the Chinese, and the Russians) on the Trump administration’s capricious stand.

The US abandoning the Iran deal, and Washington’s negative role at the recent G-7 summit in Canada when it refused to sign the joint statement at the last minute, can make the international situation extremely uncertain. That could impact the world in the security sphere and cast a long shadow on trade and economic prospects internationally, including India’s. The G-7 disaster makes trade wars among major powers a distinct possibility if there is no pullback, and the poorer countries will not remain unscathed.

Amid this looming uncertainty, India must sharpen its foreign policy responses and begin conversations with the leading powers — the US, Russia, China and Japan, besides the Europeans, to keep destabilising impulses in check.