The demon within we must still fight 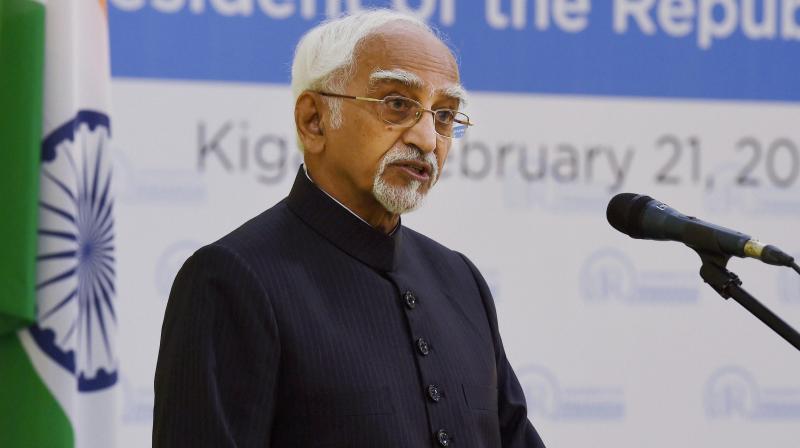 It is no secret that in the 75 years that India has travelled since the Quit India Movement of 1942, five years after which came freedom from colonial yoke, the stumbling block in the nation’s progress has been the political class while ordinary Indians — farmers, workers, jawans, teachers, scientists, and industrialists and traders — have made noteworthy contributions to propel this country to the rank of leading nations of the world — their religion, language and caste being no bar.

As a class, our politicians have engendered both corruption and divisiveness, contrary to the values of the independence movement for which “millions of Indians” made “heroic sacrifices”, to which outgoing vice-president Hamid Ansari alluded in the Rajya Sabha on Wednesday as the Upper House passed a unanimous resolution to commemorate the start of the Quit India Movement on August 9.

Mr Ansari noted ruefully that India had become an “intolerant society” — one in which some Indians could take the liberty to question the “Indian-ness” of fellow-Indians and law enforcers found themselves unable to enforce the law when self-appointed guardians of the national spirit took centrestage.

This is one aspect of the vice-president’s observations to which we must pay attention if the country is to honour the memory of freedom fighters whose principal message was that all Indians are one people.

The Rajya Sabha resolution pledged to build a “strong, self-reliant, secular and democratic India”. It is indictment enough that 70 years after independence and 75 years after millions gave their lives precisely for these objectives, we are still having to talk of the same goals with a measure of urgency. This goes to show how little we have realised the dreams of those who preceded us.

The faultlines in the country and in its politics were evident in the speeches of Prime Minister Narendra Modi and Congress president Sonia Gandhi. The PM gave a call to end corruption, poverty and illiteracy in India in the next five years — by the time the nation celebrates the 75th anniversary of Independence. Surely this is a tall order, given the orientation of governance and budgetary allocations, and must therefore be nothing more than a rhetorical necessity to mark a milestone.

Mrs Gandhi, on the other hand, underlined the “clouds of hate and division” hovering over India, about secular and liberal forces nationwide being sought to be shown down, and “forces of darkness” trying to destroy the roots of democracy. She also recalled history to say that some organisations — a barely concealed reference to the RSS, the BJP’s ideological mentor — had opposed the Quit India Movement and one of its heroes, Jawaharlal Nehru, India’s first Prime Minister.

What came through clearly on a day of commemoration was the demon within that India is still having to fight.