His anti-US, pro-China foreign policy may have played as much of a part in his ouster as his obvious mismanagement of the economy 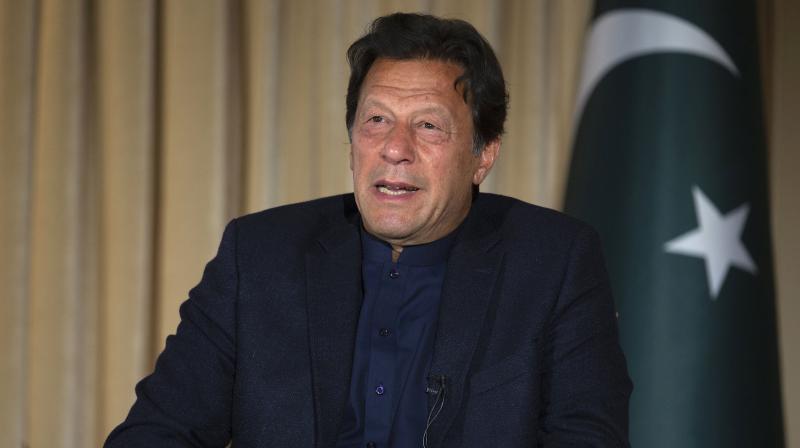 Imran Khan Niazi left his official residence before midnight on Saturday as the first Prime Minister of Pakistan to be ousted in a no-confidence vote in Parliament. He departed while screaming of a US-led conspiracy but not before he had dented his image as a democratically elected Prime Minister heading a coalition government of unlikely allies in a politically peculiar arrangement propping him up in office for close to four years filled with controversies.

His anti-US, pro-China foreign policy may have played as much of a part in his ouster as his obvious mismanagement of the economy in Covid-hit times — inflation is raging at 13 per cent, foreign debt stands at 43 per cent of GDP and the rupee has dipped to 190 to the dollar. In refusing to accept the ‘umpire’s verdict’ and running brinkmanship to its extremes on the day of the Supreme Court-designated trust vote, Imran lost his image as a reformist democrat who was the people’s first but not overwhelming choice in a parlous democracy with the Army perennially breathing down its neck.

The top judge ordered the gates of the Supreme Court to be opened at midnight even as prison vans waited outside the National Assembly in Islamabad. Army chief Gen. Qamar Javed Bajwa had to call on Imran at his residence to probably warn him of consequences even as rumours swirled of Imran considering ousting the general in his desperate bid to cling to power. The Speaker, forced by his loyalty to the Prime Minister to confront the top court for hours on end, threw in the towel just before the day’s deadline to allow the trust vote to begin a couple of minutes after midnight.

Knowing it was a loaded vote that he could not survive despite his posturing as a cornered tiger — a term he used for his valiant and mercurial bunch of egomaniacs he melded into a cricket World Cup winning team 30 years ago — Imran acted like a recalcitrant schoolboy unwilling to face the music in a democratic floor test. His threats of a street revolution and waving of a “letter” proving his international conspiracy theory were unlikely to challenge a powerful system backed by an assertive top court that had to intervene in the parliamentary process.

What Imran leaves behind at the moment is a collapsing economy with a yawning balance of payments problem not quite bridged by grants from Saudi Arabia and Gulf nations, a battered constitution that barely stood up to silly posturing by an embattled Prime Minister and political uncertainty that may lead to elections sometime this year itself. Meanwhile, a beaming scion of a political dynasty in Shehbaz Sharif is to be sworn in as Prime Minister on Monday to head what should be termed an interim government provided his party and partners retain their majority to head off Imran Khan’s party PTI’s nomination of Shah Mahmood Qureshi.

In his last days in office, Imran was effusive in praise of India’s independent foreign policy in relation to the Russian invasion of Ukraine but his tenure was marked by his encouragement of both wings of Taliban in Afghanistan and Pakistan and his needling of India despite his Army’s dovish stance with a ceasefire that has worked for over a year. As a cricket-crazed nation, India may have held admiration for Imran as a player but it won’t be sorry to see him go as PM. Of course, Imran will be reinventing himself in his political career, perhaps playing the victim card to stoke his popularity with the voters.