AA Edit: Recession is upon us; cash transfers are the way forward

When there is a risk of demand dying, the government must put the economy on a ventilator 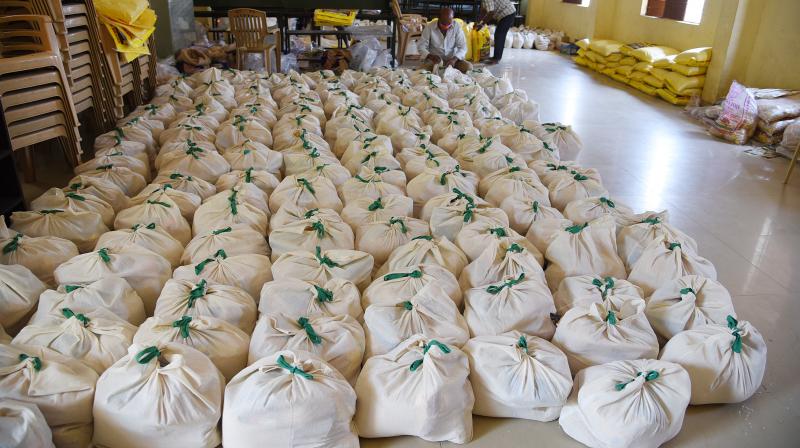 The Reserve Bank of India’s observation that the Covid-19 pandemic is hanging over the Indian economy like a spectre aptly summarises the gravity of the situation. The central bank’s monetary policy statement, which was released on Thursday, portrays a bleak economic situation, with demand drying up and supplies halting abruptly.

Demand and supply are the two fundamental factors which determine any kind of economic activity. In the absence of both of these, the economy would come to a grinding halt.

The lockdown imposed by the government has frozen all production lines. Without economic activity, people can’t earn money. As a result they would not be in a position to buy anything, which would reduce the overall demand. In the absence of adequate demand, factories cannot operate at their optimum levels.

If this situation continues for a long time, it would lead to job losses in the formal sector along the supply chain. Since demand for services is typically driven by the overall good health of the economy, the service sector will have to bear the brunt if the production lines have stopped. This would have a spillover effect on the informal sector, completing a vicious cycle.

Exports, which generate demand for nearly a third of Indian production, may also remain subdued because of the global recession triggered by the coronavirus pandemic. The International Monetary Fund has predicted that the global economy would contract in 2020, resulting in a scenario last seen during the Great Depression of the 1930s.

Since India is called the world’s back office, it will cop the fallout of global events which will affect sectors like Information technology which is closely linked with the global economy.

The Narendra Modi government and the Reserve Bank of India have announced a stimulus package worth Rs 7.1 lakh crore. Finance minister Nirmala Sitharaman is expected to announce another set of stimulus measures — speculated to be worth over Rs 1 lakh crore — which worked as false steroids for the Indian stock markets.

Though governments across the world have infused over $8 trillion, IMF managing director Kristalina Georgieva said more would be needed as 170 countries would see people’s per capita declining — potentially pushing crores of people into poverty.

India must take steps to prevent more people getting dragged into poverty. For this, the government should prevent consumer demand from collapsing during the period of lockdown. This could happen only if the government opts for some sort of cash transfer (DBT) as suggested by former RBI governor Raghuram Rajan and the Congress Party.

Though cash transfer would keep demand alive, the government could find it difficult to mobilise such huge money through conventional sources. This would leave it with the option which is monetising the deficit — i.e. allowing RBI to print additional money. Several developed countries have done this, but India has always been resisting it — rightly so — as excess money in circulation could build up inflation pressures. But when there is a risk of demand dying, the government must put the economy on a ventilator by putting cash in the hands of people during the lockdown.