The SP is the state’s ruling party, and it’s to be seen if it can battle anti-incumbency. 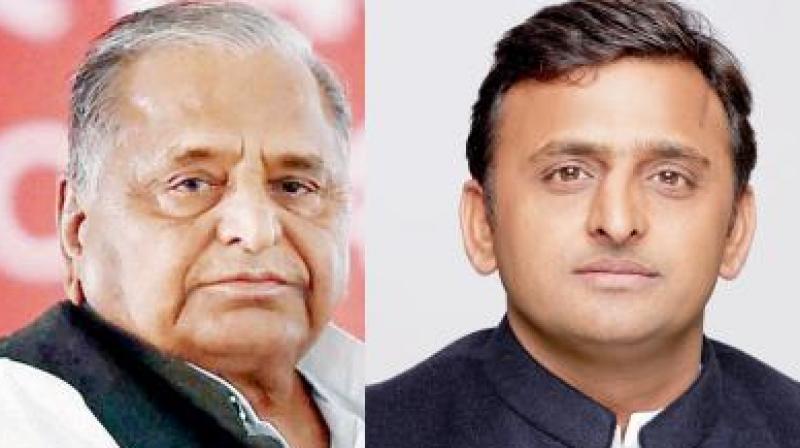 What we may be witnessing is history changing alignment in one of North India’s key political formations, one that also played a key part in politics at the Centre since its founding a quarter century ago — Uttar Pradesh’s Samajwadi Party. This is happening on the eve of Assembly elections in the state, and is naturally raising much speculative discussion. The SP is the state’s ruling party, and it’s to be seen if it can battle anti-incumbency and return to power when its two brightest stars are at odds with one another, pushing their party to the brink of a split.

Although expectations of a patchup may have been raised by the soft tones being employed by both sides from time to time in recent days, including Tuesday, the chances of a worthwhile truce between SP founder-chief Mulayam Singh Yadav and his son Akhilesh Yadav, the state’s chief minister, appear slim. Both camps have laid claim to the SP’s election symbol of a “bicycle”.

There is a strong likelihood that the Election Commission will freeze this symbol and ask the contending factions to contest the coming polls on new symbols. But even if this weren’t the case, it is unlikely that the faction that retains the old symbol will be able to net all the votes of an united SP, that polled 29 per cent of the ballots in the last state election in 2012.

To that extent the warring factions are both likely to suffer vote erosion, although the young CM seems better placed as more than 85 per cent of party legislators are widely believed to be with him as they see him as an important future leader while the senior Yadav, given his age and other factors, is seen as being history.

The father and son couldn’t in the end agree on who will decide the party’s election candidates. Fearing that if Mulayam remained party president, his brother Shivpal and close friend Amar Singh would influence the selection to the detriment of the CM, the Akhilesh camp, guided by his father’s cousin Ram Gopal Yadav, staged a coup of sorts on New Year’s Day. They convened most of the party’s legislators and many organisational leaders and declared the CM as the party president as well, effectively stripping Mulayam of the post.

The two factions may well reunite after the election, depending on what the results are. But for now, they seem to be going their separate ways, with the focus on winning the most seats. In view of this, Akhilesh is thought to be in earnest conversation with the Congress, and possibly Ajit Singh, the RLD chief who dominates western UP. Such an extraordinary father-son political schism is truly unprecedented in modern India.