Parliament is an important arena for politics to play out, specially in a political democracy such as ours. 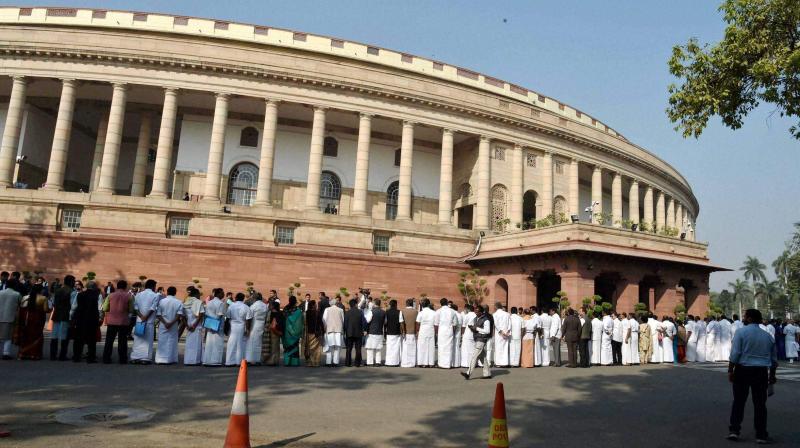 There is some irony in the fact that demonetisation — which has shaken up the country and seems to have had nothing but negative consequences so far — has not been discussed in Parliament. That should have happened.

At the level of accountability, no amount of haranguing by Prime Minister Narendra Modi, finance minister Arun Jaitley or a clutch of senior Opposition figures as a riposte can be a substitute for what is spoken in Parliament. This is for the reason that a governmental assurance made in the House becomes a commitment.

A discussion in the Rajya Sabha on the subject began on a responsible note as the Winter Session started. However, its complexion degenerated when the Prime Minister was cavalier with the Opposition’s demand to be present in the House and intervene in the debate on an issue which was agitating the country in a way few issues have in many years. Top establishment leaders said he wouldn’t oblige.

Worse, in a series of public speeches, Mr Modi opened a broad front against his political opponents, specially the Congress, BSP’s Mayawati and West Bengal chief minister Mamata Banerjee, and called them supporters of black money and corruption for opposing demonetisation. This is a preposterous proposition.

Although only three working days remain before the session ends, the Opposition benches should work to start a discussion. That will help place their point of view on the record, criticisms and all. Besides, a debate may help expose cracks in the ruling alliance, if any, on this highly sensitive issue. Else, it will be back to public harangues and counter-harangues.

Parliament is an important arena for politics to play out, specially in a political democracy such as ours. Its output cannot be calculated on the basis of hourly productivity, bills passed, and the hourly expense incurred in running Parliament. Houses of Parliament aren’t factories. Just imagine the state of affairs if the Opposition parties became supine, made their speeches, and came out.

President Pranab Mukherjee’s admonition to MPs to get on with it, and to debate and discuss issues rather than stage protests in the House, was well meant. But it could have been differently articulated, for it gave the impression that the Opposition benches were being obliquely pulled up. In the event, BJP stalwart L.K. Advani’s comments appeared even-handed and are to be welcomed.