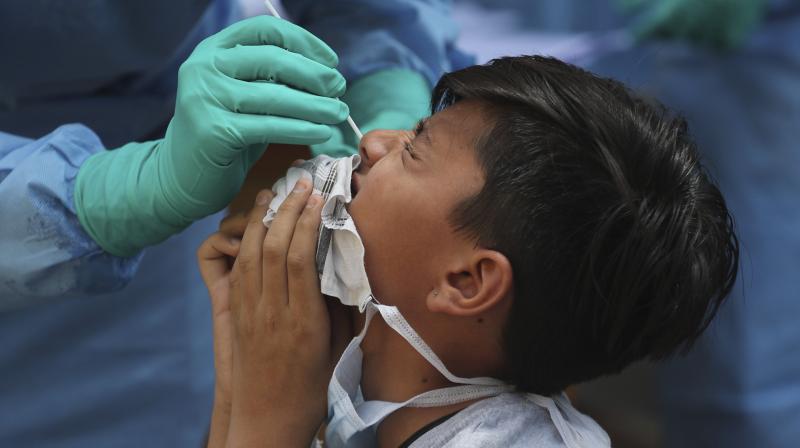 The nation is seized of the question whether it should extend the 21-day lockdown prime minister Narendra Modi declared to contain the Covid-19 pandemic but there is hardly any discussion on what we have achieved in the past 16 days by shutting ourselves down.

Many states have demanded an extension of the measure. Odisha chief minister Navin Patnaik has announced his state will endure the punishing regime for another fortnight; several other states have announced sealing off of Covid hotspots.

The PM is understood to have told his party leaders during a teleconference on Wednesday that the government is contemplating introducing “strong measures to ensure social distancing”. The Union Health Ministry is pushing for more effective implementation of the lockdown.

However, while the government is very keen on imposing the social distancing protocol, undoubtedly a key tool in containing the pandemic, little progress has been made on improving the screening and testing process.

While screening is important to identify potential patients and stop them from spreading the virus, tests are a sure indicator to understand the extent of the spread.

As per data published by the Indian Council for Medical Research, India has tested 1.27 lakh samples till April 7. Sadly, this is almost similar to the number of samples the United States, which has of late woken up to the threat posed by the deadly disease, tests every day.

The relatively successful model of Kerala and Bhilwara in fighting the disease illustrates the fact that while strict social distancing norms are key, the tracing, screening, isolation, testing and treatment processes are equally important in ensuring that the numbers are within the limits.

Kerala, which has recorded just two deaths and reported about 350 positive cases, has conducted more than 12,000 tests and quarantined more than one and a half lakh people.

The success of Bhilwara, the new model that is emerging from Rajasthan, is attributed not only to ruthless containment but to also extensive screening and testing.

As per reports, the government set up about 7,000 teams which went house-to-house search and screened or tested over 20 lakh residents. The lockdown and the carefully planned follow-up action produced instant results with the district, a hotspot two weeks ago, reporting no new case in the last five days.

On the contrary, figures across the nation saw a surge in both the number of patients and number of deaths after two weeks of the lockdown.

This indicates that the lockdown alone cannot work wonders; it must be followed up with meticulous planning and resolute action on the ground. Limiting people to their homes is an easy administrative task that the government can implement using the police force but making the most of the exercise calls for more imaginative action. Focus on hotpots with aggressive screening, and random and rapid tests can also help. The proof of the pudding, as they, is in its eating.