AA Edit | Uncertainty deepens after US move on Afghanistan 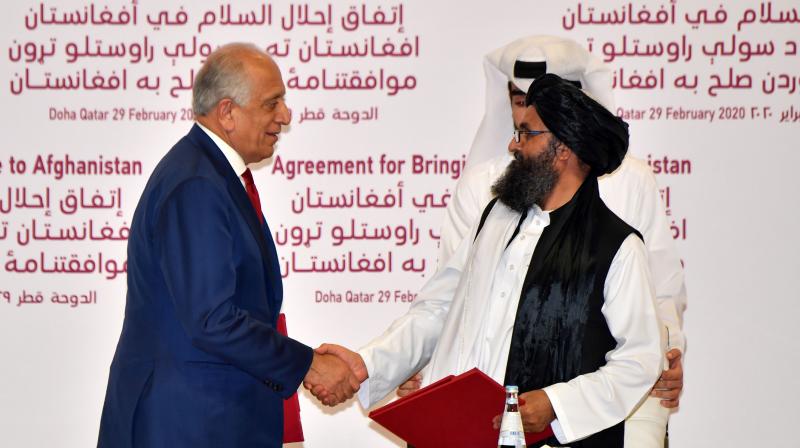 The first concrete move from the US side under the new Joseph Biden administration would appear to have deepened uncertainties in respect of the unfolding situation in Afghanistan in the context of the withdrawal of all US troops by May 1 this year. (Photo: AFP)

The first concrete move from the US side under the new Joseph Biden administration would appear to have deepened uncertainties in respect of the unfolding situation in Afghanistan in the context of the withdrawal of all US troops by May 1 this year, the date set under the Doha accord that the previous Trump administration had reached with the Taliban in February last year.

Ostensibly, India has been brought upfront — along with Pakistan, Russia, China, Iran (the key regional powers) and the US — in fleshing out the roadmap under this approach. For now, however, this seems more notional than real, given the evident conceptual fragility of the idea.

In addition, without putting too fine a point on it, it needs to be underscored that Afghanistan President Ashraf Ghani has given the latest US proposal short shrift. This underlines the complexity of the Afghanistan dynamics, which is all at once imbued with military action, diplomatic moves, and the nursing of ambition by domestic political entities.

Besides, regional powers such as Pakistan, Iran and Russia — and in its own way China, which may be expected to be on the same page as Islamabad in lining up four-square behind the Taliban — see a post-US role for themselves that could make life difficult for Afghanistan. It is with Iran that India may enjoy an appreciable measure of tactical congruence and will have to seek to enlarge this space.

In the circumstances, it may be in New Delhi’s interest to carefully weigh the situation rather than be in the self-congratulation mode through media projections for being placed in the same bracket by the US as the other key regional powers which, unlike India, have a border with Afghanistan- even if on paper India has not enjoyed a place of such primacy before.

The new American ideas have been placed in peremptory fashion in a letter sent last week by the secretary of state Antony Blinken to Afghanistan President Ashraf Ghani and Abdullah Abdullah, Afghanistan’s principal peace negotiator with the Taliban. The Taliban as well as the leading political actors inside Afghanistan were made aware of the details by Zalmai Khalilzad, the US envoy for Afghanistan peace who hammered out the Doha accord last year and has been kept on by President Biden as his point-man to oversee the end-game in Afghanistan.

The Blinken plan, which places New Delhi in a privileged category along with the other key regional players, envisages an UN-sponsored conference in Turkey in the coming weeks to ensure the emergence of a peace deal that will embrace all parties and make for the entry of the Taliban into Afghanistan’s government structure as a 50 per cent partner through the device of an interim government.

In effect, such a plan proclaims that the Taliban will enter government with American blessing without contesting an election, although the Taliban appears to have orchestrated unprecedented levels of violence for one whole year. President Ghani declared last Saturday, “Transfer of power through elections is a non-negotiable principle for us.” It is to be seen what a stalwart such as former President Hamid Karzai — and others — make of the Blinken approach in contrast with that of President Ghani. For all concerned, this is like walking on shards of glass.