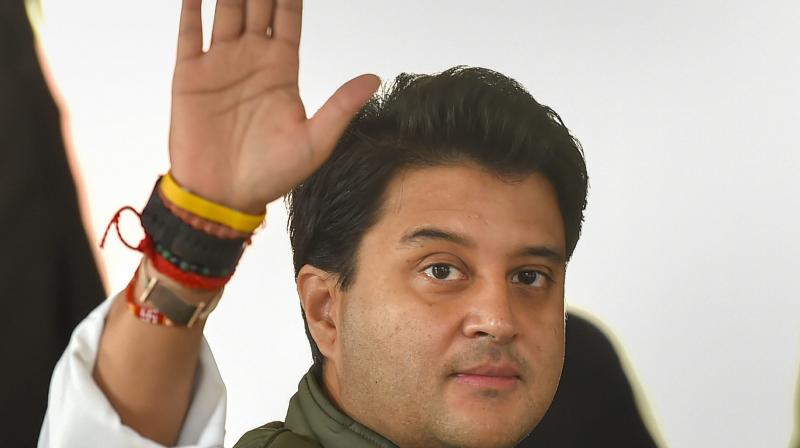 The departure of Jyotiraditya Scindia from the Congress is the latest setback the opposition party has suffered due to its imprudent leadership.

The departure of former AICC general secretary and Union minister Jyotiraditya Scindia from the Congress seems to be the latest casualty the principal opposition party has suffered from the imprudent way its leadership has been behaving with itself. That the scion of Gwalior, who was made to bite the dust in last year’s Lok Sabha election, was seething with anger at the state leadership and chief minister Kamal Nath has been known to everyone except those in the party high command. Scindia was neither made the chief minister nor the Pradesh Congress Committee chief, leaving with him few levers of power. The leadership never gave him an ear when he and his supporters wanted to have a greater say in the affairs of the party and the government. Instead, it was smug that a resourceful Kamal Nath, a man for all seasons, would manage it all on his own.

Simple arithmetic offers little solace to the Congress ministry in the state. The party has 114 members in the 228-member Assembly and enjoys the support of four independents, two BSP and one SP members. With 22 of Scindia loyalists resigning, the effective strength of the Assembly will come down to 206 and the Congress tally will be reduced to 92 whereas it would require 104 members for a majority. The BJP with 107 members need not wait to get back to power, given the way it has managed the affairs in states like Karnataka and Goa. The Congress, however, may be hoping on the manipulative skills of its chief minister, who is, however, left with little leeway. It is curious that 16 of the Congress MLAs have sent their resignations to the governor, and not to the speaker as stipulated by the Constitution, making one wonder if the battle is all but over.