AA Edit | Spare the commuter from the Shaheen Bagh protests 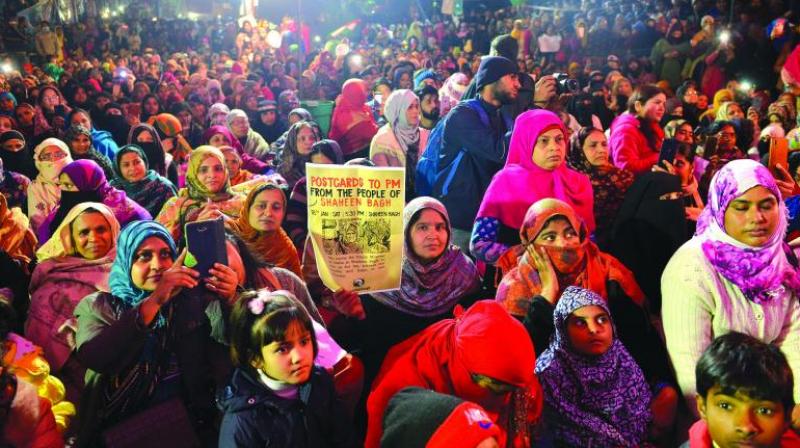 Women during a sit-in protest against the CAA, NRC and the NPR, at Shaheen Bagh in New Delhi.

The Supreme Court judgment on Wednesday making it unequivocally clear that public ways and spaces cannot be occupied indefinitely by protesters and that democracy and dissent must go hand in hand can be seen as an attempt to strike a fine balance between the right to freedom of speech and expression and the demands on governance in a democracy.

The judgement came on a petition filed against a Delhi High Court order which refused to instruct the Delhi administration to clear the Kalindi Kunj-Shaheen Bagh stretch which was occupied by protesters against the Citizenship Amendment Act, 2019.

The court was categorical in rejecting the argument that citizens have an absolute right of peaceful protest but was careful in not giving the government a carte blanche.

It called Article 19, which confers on citizens two ‘treasured rights’ of freedom of speech and expression, one of the cornerstones of the Constitution, and that was a strong message indeed.

“In a democracy, the opposition is not only tolerated as constitutional, but must be maintained because it is indispensable,” it quoted Walter Lippmann, Pulitzer winning journalist. The court, however, reminded the protesters that the mode and manner of dissent against colonial rule cannot be equated with dissent in a self-ruled democracy. In the end, the demonstrations expressing dissent have to be in “designated places alone,” the court ruled.

No democrat should find fault with such a balanced prescription. But the sad fact is that the courts do not come to adjudicate such issues in time all the time.

The habeas corpus petitions the citizens of India from the fully-integrated Union Territory of Jammu and Kashmir have filed with the apex court are still pending in the court, unheard.

Or the unaddressed plight of the guest workers during the lockdown. The courts must protect the constitutional rights of all citizens all the times; occasional interventions would hardly do.