AA Edit | Era ends: Elizabeth II one of a kind, she’ll be missed 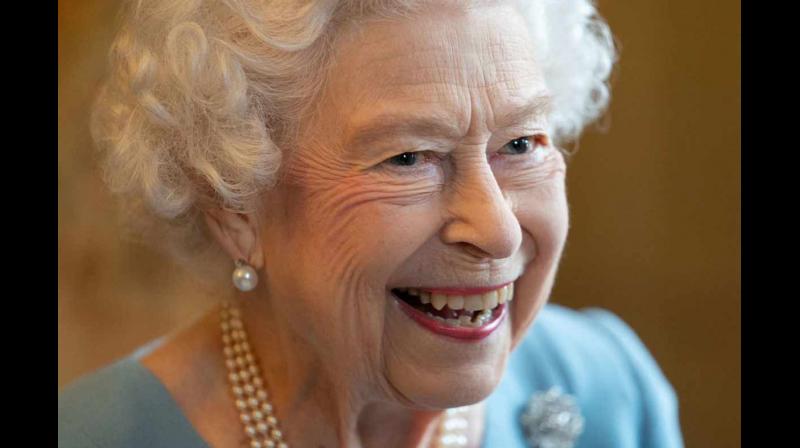 Britain's Queen Elizabeth II smiles during a reception in the Ballroom of Sandringham House, the Queen's Norfolk residence on February 5, 2022. (File photo: AFP)

The death of Queen Elizabeth II brings to an end the Second Elizabethan Era, a momentous time in the history of the world when it was just recovering from the ravages of World War II up to the present day when it is again in great economic strife. Her sense of commitment to her people as Britain’s longest-reigning monarch was unwavering through all the triumphs, tragedies and crises of the personal, family, national and global kinds.

Her image and the values she stood for had resonated far beyond a shrinking British Empire. She occupied the throne with a “dignity and decency in public life”, which Prime Minister Narendra Modi applauded as her greatest quality. The sense of loss in many people across the world is itself a fine tribute to Queen Elizabeth II of Britain, who held a place in billions of hearts, across boundaries and cultures.

At a time when huge scepticism prevails about hereditary rule in emerging generations of people who have no experience or knowledge of being ruled by a monarch, she represented a rock-like, even stoic, presence.  She was the ceremonial head of an old colonising power fast losing its relevance in the modern world, that has seen huge changes in the seven decades she was the Queen, but as an empathetic figure, she was much respected.

Her final year may have been dominated by personal grief at her steadfast husband’s passing but she shirked no responsibility or duty right down to her very last days. Just 48 hours before a peaceful end to a life lived in the public eye, she formally appointed Liz Truss as the fifteenth Prime Minister of the UK during her 70-year reign at an audience at her beloved home Balmoral Castle in Scotland.

Elizabeth II had played her role in rallying Britain during the Covid-19 pandemic and, after the Duke of Edinburgh’s death had returned to public life again to celebrate her Platinum Jubilee year. It was said of her that she could walk into a room full of people but everyone she spoke to was made to feel that he/she was the only person there.

Seen in a wider context, she was the ceremonial head of state not just in Britain but in several dominions which are a part of the Commonwealth — notably Canada, Australia and New Zealand, among others. In Britain, she was the great unifier who had kept things together in most difficult times after the war when the Empire had just lost India, its crown jewel, and post-war economic privation could have led to social upheavals. In a country without a written constitution, she was the voice of reason and she could deal with politics and politicians as the conscience keeper, and give her advice in a firm voice even to the likes of Winston Churchill.

Her son — now King Charles III — at a sprightly 73 has much to live up to if he aspires to be the same minimalist monarch with non-partisan views on politics in changing times when a world, in disarray now, is unlikely to be swayed by old-world qualities of grace and understated elegance. These are difficult times indeed that call for Elizabethan wisdom but the world is unlikely to ever see a monarch of her calibre again.