Shami was the wrecker-in-chief of the South Africans in their second essay. 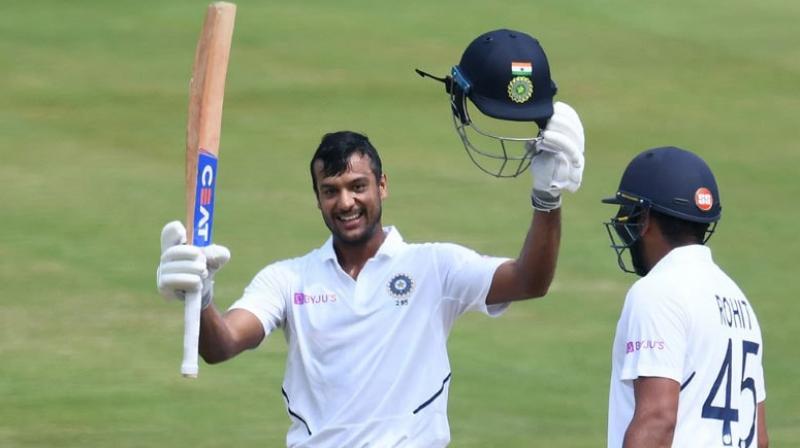 Team India’s convincing victory against the South Africans in the first Test of three was outstanding as it was marked by quite a few phenomenal individual performances. Cricket is a team game that offers great scope for individual players to shine and India had a whole crop of them in Rohit Sharma, Mayank Agarwal, Ravichandran Ashwin, Mohammed Shami and Ravindra Jadeja. Their performances helped beat a bit of wet weather, a slow Visakhaptnam pitch and doughty displays by visiting batsmen Dean Elgar and Quinton de Kock.

The standout performer was, of course, Rohit Sharma whose first Test as opening batsman saw him complete a dream double of a century in each innings, the first ever by one opening in a Test for the first time. Moulded in the slam-bang modern game of frenetic limited-overs cricket, his natural aggressiveness was Rohit’s best suit. His determination to make good his streak of form in the World Cup in which he scored five centuries, Rohit has now cemented his Test place too. Batsmen of his instinctive striking power make the game what it is today, while facilitating results in the longer format.

Ashwin had not been on the boil since a tour of Australia in 2017-18. He made his case for a specialist finger spinner being a match winner in Test cricket with his seven-wicket haul in the first South African innings when conditions were favouring the bat. His disciplined line with subtle variations saw Ashwin recapture wicket-taking form. His partner-in-spin, Jadeja had his moments too, teasing the batsmen on a wearing pitch.

Shami was the wrecker-in-chief of the South Africans in their second essay. He broke the stereotype of sinuous tweakers spinning a web on dusty pitches with seriously effective seam bowling in which reverse swing was the key component. He struck timber regularly to hasten the Proteas’ defeat, his performance on the final day being the icing on the Indian cake.