Much science is expected from Chandrayaan-2, the mother ship, which will continue to circle the moon at a distance of 100 km. 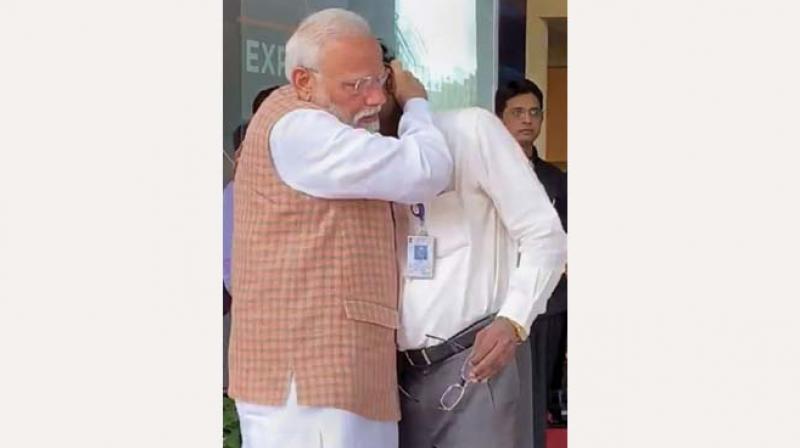 Indian Space Research Organisation (Isro) chairman Dr K. Sivan’s “15 minutes of terror” came true in horrifying detail early Saturday morning when, with the world — and Prime Minister Narendra Modi — watching, the nation’s much vaunted space programme faced a setback as its unmanned spacecraft Chandrayaan-2’s two probes, “Vikram” and “Pragyan”, failed to make a soft landing on the far side of the moon.

The razor-thin margin between success and failure when it comes to the launch of rockets, satellites or interplanetary probes came back to haunt India, which came this close to joining an exclusive club that has so far been the preserve of the United States, Russia, and China.

India can take comfort from the fact that Nasa’s (National Aeronautics and Space Administration) “Moon Fact Sheet”, that lists the success rate of lunar missions in the last six decades, states that of the 109 lunar expeditions during this period, 61 were successful while 48 failed.

Clearly, Saturday’s setback, when the communication link with ground stations was lost a mere 2.1 km away from its lunar landing site, cannot be written off as a complete failure. Much science is expected from Chandrayaan-2, the mother ship, which will continue to circle the moon at a distance of 100 km.

Chandrayaan-1, the first in the series of Made in India lunar probes, had provided path-breaking results — the discovery of water ice being one of them. It also ensured that a probe planted the Indian tricolour on lunar soil!

At this juncture, it’s unclear why the lander-rover proved a case of “so near yet so far”. First reports point at two potential factors: one of the four mini-rocket engines onboard “Vikram”, meant to decelerate the descent, malfunctioned, which resulted in a sudden spurt in the speed of the lander minutes before the anticipated touchdown, pushing “Vikram” away from its designated path of downward glide; and two, the damage caused to electronic sensors onboard, by the scorching heat of the mini-rocket engines could have also affected the glide.

Either way, with their vast experience in cracking problems related to satellites, scientific probes and rockets, space scientists will have little difficulty in identifying the rogue component which triggered the snag, and initiate corrective steps during their upcoming expedition to the moon, a collaborative venture with JAXA (Japan Aerospace Exploration Agency), the Japanese space agency in two years’ time.

As PM Modi stepped up to comfort the distraught Dr Sivan and the other scientists as well as a stunned nation, saying India was still proud of them, a host of celebrities came out in support of the scientists. Isro must demonstrate it can live up to India’s self-given tag of “space power” —  as the PM described it when it shot down a low orbiting satellite last March. Only the fourth nation to put a satellite into orbit around Mars, it must look beyond this setback and keep its eye focussed on the biggest prize of all —Gaganyaan, India’s first manned space mission.