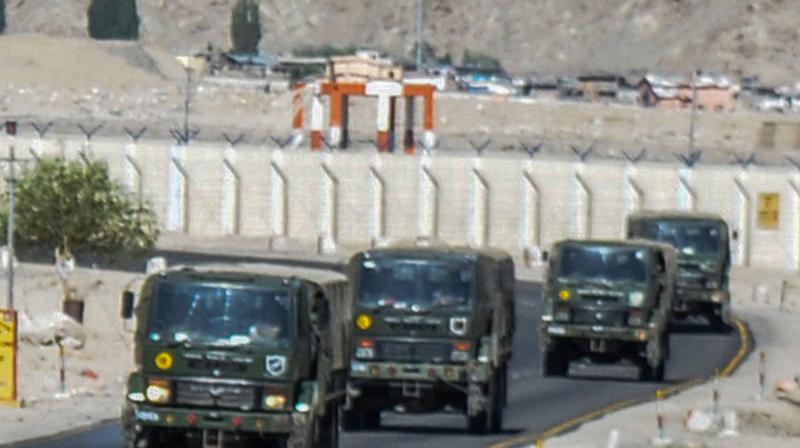 While this diplomacy and troop movement painfully inches on, India must keep up pressure on other fronts. PTI Photo

It is part of the “complete disengagement of troops along the LAC (Line of Actual Control)” and “de-escalation from the India-China border areas for full restoration of peace and tranquility”.

The Army believes the process will proceed cautiously as there would be a complete verification at each step, and a time lag between each step to solidify it. This itself shows how trust has evaporated after the series of clashes that began in early May, after Chinese troops built permanent structures in those parts of the LAC that India previously patrolled.

While it is no one’s case that there should be no move towards peace and reconciliation, and while this paper supports the government’s careful deliberation and action, it is pertinent to list several points of concern. One, the armed forces have to be at their most vigilant to ensure the pullback by the Chinese troops is irreversible.

Though tents have been moved out, they can easily be moved back in. Also, one should take note of the 1962 war, which was preceded by a few months with a clash at the Galwan Valley and a subsequent Chinese pullout. That did not seem to stop a full-scale invasion across the erstwhile McMahon line.

Another point of concern is that the pullout has created a buffer zone between the two armies which in itself would be a desirable thing if it weren’t for the fact that the buffer zone lies within areas that India patrolled along the LAC — in other words, what was Indian territory (in its perception) has been made a no-man’s land without a similar zone on the other side of the LAC.

Now that the focus of moving back troops will shift to PP15 and PP17A in the Hot Springs area, around 40 to 50 km away from the site of the clash, and where 1,500 soldiers are in a face-off, the government and Army must take care to ensure that more of what India perceives to be its side of the LAC is not given up to become a so-called buffer zone.

Notably, the Chinese have still not discussed their incursion at Pangong Tso Lake, where they have erected several solid structures up to spur finger 4, eight kilometres into an area that India earlier patrolled (up to spur finger 8).

The establishment fears the Chinese wants to retain this, and surrendering other areas in their “two steps forward, one step back” strategy. Pangong Tso must not be taken off the table.

While this diplomacy and troop movement painfully inches on, India must keep up pressure on other fronts. For instance, about 50 investment proposals from Chinese entities are awaiting approval. Let them wait.