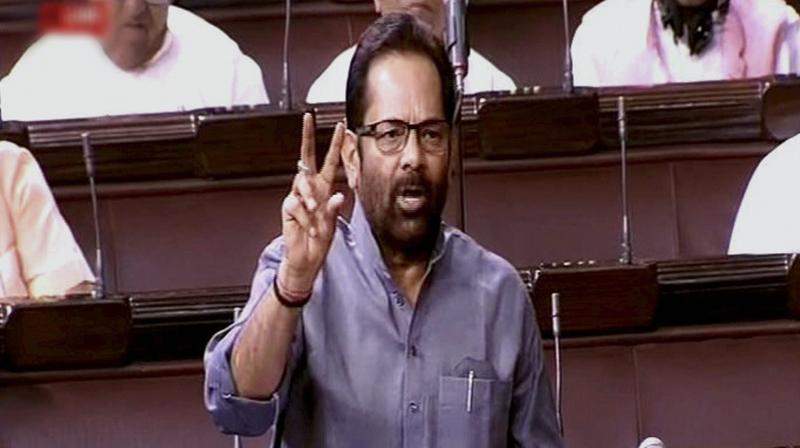 Earlier this week, a swarm of cow vigilantes killed a Muslim man in his mid-50s because he had purchased a milch cow at the Jaipur cattle fair and was transporting the animal in the normal way — without concealment — to his home in Haryana. No one asked him for the purchase certificate issued by the Rajasthan authorities that he possessed.

In Parliament on Thursday, minister of state for parliamentary affairs Mukhtar Abbas Naqvi flatly denied the whole thing. He had the gumption to say that no such incident occurred, and the story wasn’t what the media reported. The junior minister went a step further to say that Parliament shouldn’t give the impression that it was in favour of “gau hatya” (cow slaughter).

How he came upon this preposterous line of argument is anybody’s guess, but this is only a small step from the inference that Mr Naqvi had assumed the stance of a parliamentary cow vigilante. He had no alternative narrative to offer to buttress his position. Apparently, empty slogans are all we now need to justify murder.

For the past two years, vigilantes have flagrantly taken the law in their hands and attacked Muslims and dalits over the cow issue. The Centre hasn’t said anything that might deter them. With the State caving in, it was the Supreme Court that acted on Friday. It issued a notice to six states, questioning them on the subject of cow nationalism and related murders. It is time the government upheld the virtues of a tolerant, democratic society where the rule of law prevails.