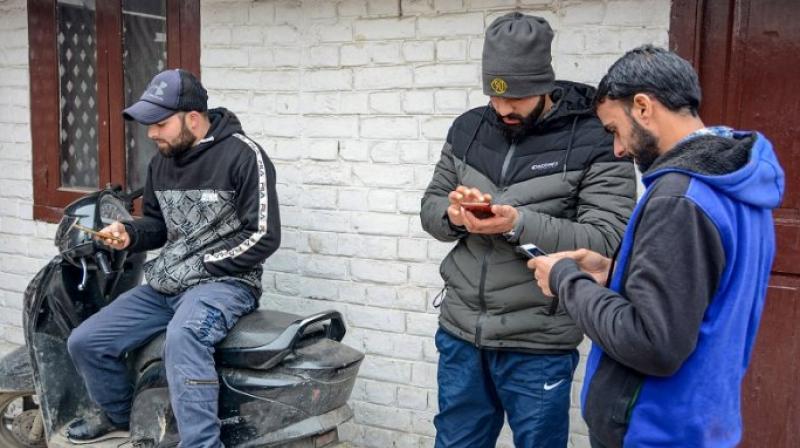 The work of the media to bring out the facts on the ground came to a grinding halt since technological change has ensured that low-speed Net connectivity makes news production a near impossibility. (Representational image : PTI file)

In a long overdue decision, the authorities in Jammu and Kashmir last Friday revoked their earlier order to cut 4G Internet in the Union territory taken on August 4, 2020, as the government prepared to overturn history and end J&K’s constitutional autonomy. Indeed, the decision to cut Net speed should not have been taken in the first place.

It served no purpose. It brought India a bad name in quarters around the world that value democracy. Since Kashmir has been in the eye of the storm for long, international attention was especially drawn to denial of 4G speed and other harsh measures taken after the ending of its constitutional autonomy.

To deprive J&K of 4G speed was unconscionable in the extreme. It constituted a clear violation of the basic rights of the people. Education, health, business, and tourism and apple trade (Kashmir’s twin lifeline) suffered incalculable harm, leading to rampant loss of employment and other miseries which have been extensively recorded by the Forum for Human Rights in Jammu and Kashmir, and others.

The work of the media to bring out the facts on the ground came to a grinding halt since technological change has ensured that low-speed Net connectivity makes news production a near impossibility. Free speech remains a casualty in Kashmir.

The intent of the decision to cut Net speed over 18 long months appeared calculated to punish ordinary people for the sins of the few — the miniscule section of the population influenced by Pakistani and jihadist propaganda. It will be recalled for long that the Supreme Court, from the tone of its pronouncements, appeared all too ready to swallow the government line on harsh measures, including cutting Net speed, being necessitated by security imperatives.

Security in the Valley was pretty normal when Kashmir’s autonomy was snatched. Mocking official justifications, it appears to have slipped somewhat. With a Democratic President taking office in the US, in its dealings with Kashmir it would seem that New Delhi would hardly desire to be placed alongside Myanmar’s military junta or the Chinese autocracy, especially since its handling of the farmers’ agitation is also raising concerns. These offer real clues to the sudden restoration of 4G in J&K, which is correcting a wrong.