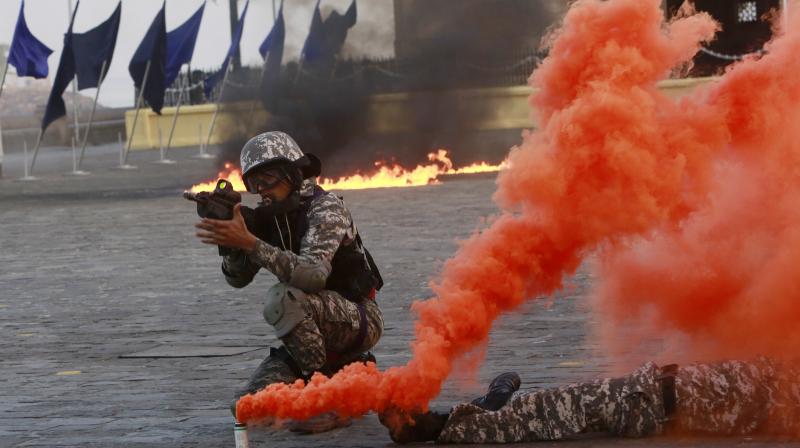 The toppling of a warship and its destruction in Mumbai’s naval dockyard on Monday is a reminder of how ill-prepared the Indian Navy appears to be in carrying out routine maintenance work. This can hardly be the way forward for a maritime force aiming in the near future to be a blue-water navy capable of sailing the seven seas, intervening when it must for purposes of diplomacy, reasons of war or to alleviate disaster. It was a seemingly freak accident that led to frigate INS Betwa tipping over to the left while undocking, killing two and injuring 14 others, while undergoing a medium maintenance refit.

The 3,850-tonne Brahmaputra class guided missile frigate is practically a write-off. Fortunately, its weapons systems were not loaded, or the cost of replacement would have been in the region of Rs 6,000 crores, by no means a small sum.

Accidents have become a minor habit with the Navy. Only two years ago, its chief, Adm. D.K. Joshi, put in his papers owning moral responsibility for mishaps involving two submarines. This was the right thing to do, of course. But has the Indian Navy, as a front-rank national institution, taken the needed steps to ensure that some kinds of failure just don’t happen because the standard operating procedures are made tight, and everything done to ensure that they are adhered to in the minutest detail. This calls for rigorous training and displaying a maintenance culture of the highest calibre in which there is no room for infringements.