In fact, in West Bengal, polling percentages have been higher than most states. 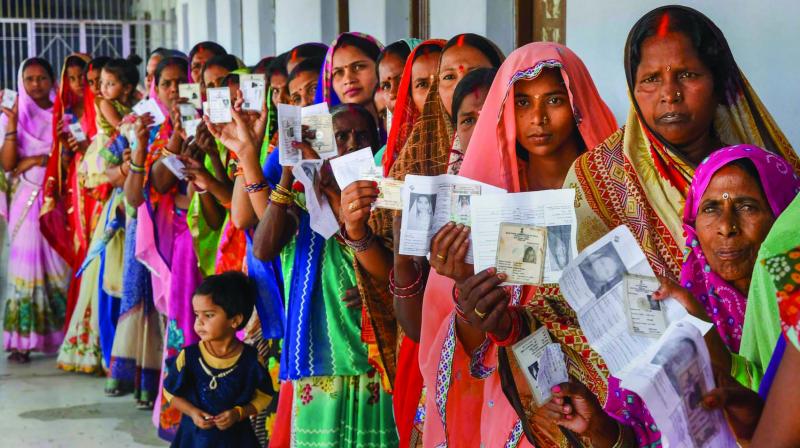 With elections for roughly 80 per cent of Lok Sabha seats ending on Monday, violence has not been a noteworthy aspect of the polling season, though Jammu and Kashmir and West Bengal have seen some violence, or the threat of it. But this hasn’t marred the picture.

In fact, in West Bengal, polling percentages have been higher than most states. This is consistent with past voting behaviour. Some roughing up amongst supporters of rival parties has been reported, but nothing that was bad enough to keep voters indoors. As the fifth round of voting began, the BJP candidate in Barrackpore near Kolkata alleged an attack by Trinamul Congress supporters. But in a heated campaign in the state with the BJP placing high stakes on the outcome, the charge needs to be carefully established.

In Kashmir, the security situation has been pretty dire for the past three years, thanks mainly to poor political handling. And yet, election-time violence hasn’t been of significant magnitude. It appears that there has been voter apathy to the polling process on the whole and the turnout has been limited. As such, there was no particular need for violence by anti-India elements to scare away potential voters.

Since the ground situation is unpropitious, the polling for a single constituency — Anantnag in South Kashmir — was held in three phases. In the last phase on Monday, a polling station was set on fire and a grenade hurled at another. As expected, the voting was very low.

But the overall nationwide picture is heartening as violence has not played a major part.