Rajinikanth is least bothered that six states have sought the repeal of the CAA and protests are raging all over the country. 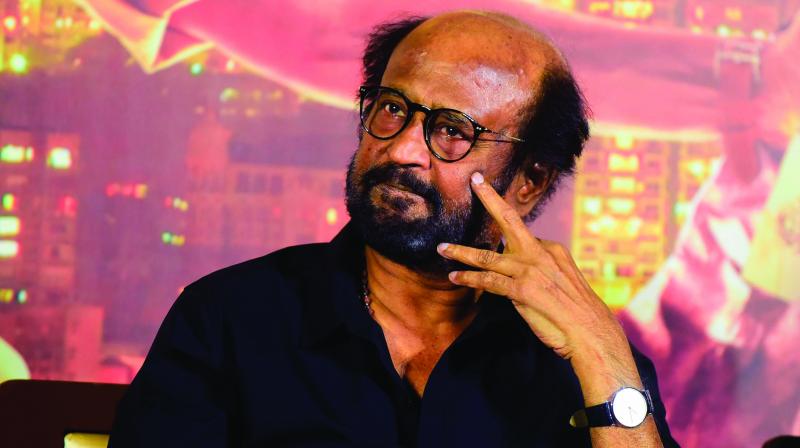 It beats one’s wits as to how a slice of the Chennai media turns up outside the gates of Rajinikanth’s Poes Garden residence, paparazzi style, whenever the actor brims up with his pearls of wisdom. Without turning them away or calling them in, the politician-in-waiting then spills what gems he has in store, hoping that it is the State that will pick them up. “Students should be wary of raising the banner of protest sans the advice of elders and professors when it comes to the CAA (Citizenship Amendment Act) question” is one such gem. Earlier, the actor had dug in his heels, refusing to apologise for a factual error in his reference to a 1971 event concerning Periyar E.V. Ramasamy. That there was widespread anger across Tamil Nadu did not perturb him in the least since he had nebulous evidence in the form of a 2017 magazine report to wave as proof.

Rajinikanth is least bothered that six states have sought the repeal of the CAA and protests are raging all over the country. In the state that he lives in, a massive signature campaign is on to mobilise people’s support against the new law. But the man who aspires to be the chief minister of the state parrots only clichés in favour of the CAA and offers to “fight” if something detrimental happens to someone. That offer evoked a lot of laughter for his earlier remark, “protests will only turn the state into a crematorium”, remains fresh on everyone’s mind.

So does Rajinikant believe that to reach Fort St George he must sing a different song before the ordinary people of the state? If not, is he dancing to someone else’s tune? Is it that of a master who wants to piggyback on his popularity?