Ghani’s line on Pak: A lesson for India? 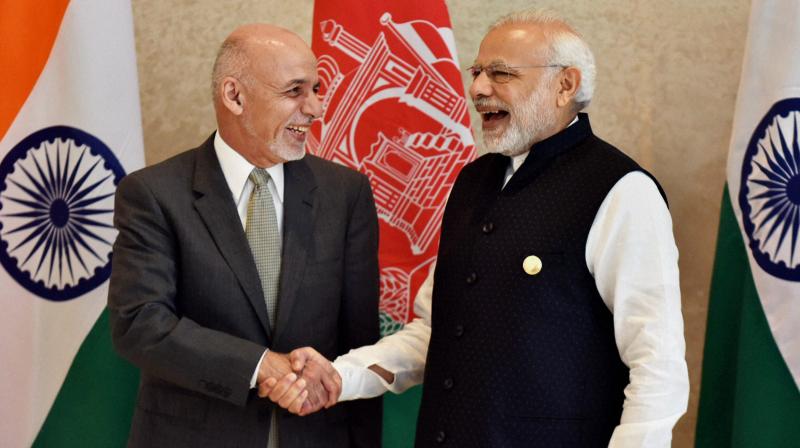 The just-concluded Heart of Asia conference on Afghanistan in Amritsar highlighted the fact once again that countries in Pakistan’s immediate neighbourhood — Afghanistan and India — regard Islamabad’s cosseting of terrorism as the principal destabilising factor for the region. Afghan President Ashraf Ghani went as far as to rebuke Pakistan and reject its offer of $500 million in development aid, saying this might be better spent if used by Islamabad to end terrorism, for no amount of foreign aid would be of help in the absence of peace.

Prime Minister Narendra Modi reinforced Afghanistan’s argument when he observed that condemning terrorism (in the abstract in conference documents) was not adequate, what was needed was concrete action on the ground to isolate and end terrorism. Pakistan foreign affairs adviser Sartaj Aziz’s point that Afghanistan’s problems were complex, and couldn’t be ascribed to any single factor, seemed laboured. It became evident to all that the key issue in Afghanistan was Pakistan-sponsored and Pakistan-nurtured terrorism, and it was exactly this factor that has bedevilled India-Pakistan ties.

After the cancellation of the Saarc summit in Pakistan this year, precisely on the ground of Islamabad’s fostering of terror as unspoken state policy, that country hasn’t drawn the right lessons. Mr Aziz, though a seasoned diplomat, failed to appreciate the incongruity of his remark that he had come to Amritsar in spite of the current frostiness in ties with India because Pakistan desired peace and good-neighbourly relations. The observation found no takers, and this is likely to have gone home to Islamabad’s staunch backers, like China and Turkey.

In that sense, the HoA meeting became a continuation of the Saarc summit fiasco for Islamabad’s regional standing in the context of its approach to terrorist violence. With New Delhi taking a strong line in relation to Pakistan after the Pathankot and Uri attacks, and insisting that talks and terrorism couldn’t go together, Islamabad adopted a painfully facile stance, namely, that this was India’s way to divert attention from its suppression of human rights in Kashmir, which had emerged as the destabilising factor for the region. This was shown up in Amritsar with the strong position articulated by Afghanistan, which held support to terrorism by Islamabad as the main hindrance to peaceful development.

The incumbent Afghan President, at the beginning of his term in 2014, went out of his way to court not only the civilian government in Pakistan but also the generals in Rawalpindi. But Pakistan’s position regarding terrorism has not budged, and 2016 has been the worst year in Afghanistan for civilian deaths at the hands of terrorists.

Is there a lesson for India in this? Or, should talks happen when the time is appropriate?