As the Black Lives Matter movement rages, ordinary Indian citizens have been silent in the face of glaring injustice against their own 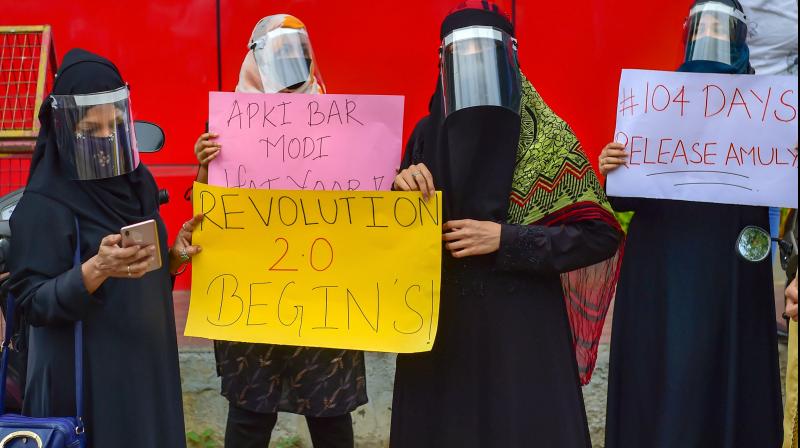 In 2002, a pogrom in Gujarat when the Prime Minister was heading the state government there claimed over 1,000 Muslim lives. The perpetrators were not punished. PTI Photo

Do Muslim lives matter in India? As the Black Lives Matter movement rages throughout the United States, the ordinary Indian citizen has often been conspicuously silent in the face of glaring injustice against their own — in the form of a systematic campaign of persecution, and murder, carried out against India’s largest minority.

The reason is not far to seek — any dissent from the government narrative — be it on the “thorny” issue of Article 370 pertaining to the autonomy of the Kashmir region or the evidently undemocratic Citizenship Amendment Act, a precursor to the brutal National Register of Citizens — is crushed with an iron hand.

In 2002, a pogrom in Gujarat when the Prime Minister was heading the state government there claimed over 1,000 Muslim lives. The perpetrators were not punished. The likes of Babu Bajrangi who were among only a handful of those convicted are out on bail.

In February this year, a sudden bloodbath immediately preceded by incendiary speeches of BJP leaders Anurag Thakur, Parvesh Verma and Kapil Mishra, all available on record, snuffed out 53 lives in northeast Delhi, mostly Muslim. No action was taken against them either — by the government or by the party machinery.

On Thursday, a Delhi court denied bail to 27-year-old Safoora Zargar, member of the Jamia coordination committee, who is also pregnant and was arrested by the Delhi Police special cell for creating a roadblock that allegedly facilitated the February-end clashes. Since there is no prima facie evidence against her of the terrorist activity that she has been accused of under the Unlawful Activities (Prevention) Act (UAPA), she was eligible for bail even under this draconian law.

These young men and women were surreptitiously apprehended and put behind bars under cover of the Covid lockdown. But their only “crime” could well be the exercise of their freedom of opinion and right to dissent, both of which are so essential for the healthy functioning of a democracy. This week, a bid by women and children to resume the anti-CAA sit-in at Shaheen Bagh — and start a parallel one outside Jamia — was foiled by Delhi Police.

Meanwhile, Muslim victims of the rampage have struggled to lodge FIRs. Those who could register it after much hardship saw charges being diluted and non-bailable sections of the law against Hindu names dropped. Often, their complaints were clubbed together with a multiplicity of others, and then they were falsely implicated. As happened in the case of Hasim Ali, a 60-year-old tailor from northeast Delhi. Mr Ali lodged a complaint after his home was burned to the ground. His complaint was attached with that of his Hindu neighbour. Later, it was Mr Ali who was arrested on the flimsiest of grounds. No action was taken against the persons he named in his complaint.

But have the courts rapped the police for its grotesquely biased investigation? On the contrary, additional sessions judge Dharmendra Pradhan recommended a second FIR against Ms Zargar to unravel a “larger conspiracy” that he seemed to discern from her case. He went on to accuse Ms Zargar of capriciously “playing with embers” and burning herself.

His supercilious remark reeked of complicity with the government’s Islamophobic narrative. That has no space for the moderate or liberal Muslim who refuses to be a Hindutva apologist. Is the government then pushing radicalisation of the Muslim and armed rebellion as the only ways out of this humanitarian crisis?