Even so, it is a pity that a particular politician must be treated so shabbily. 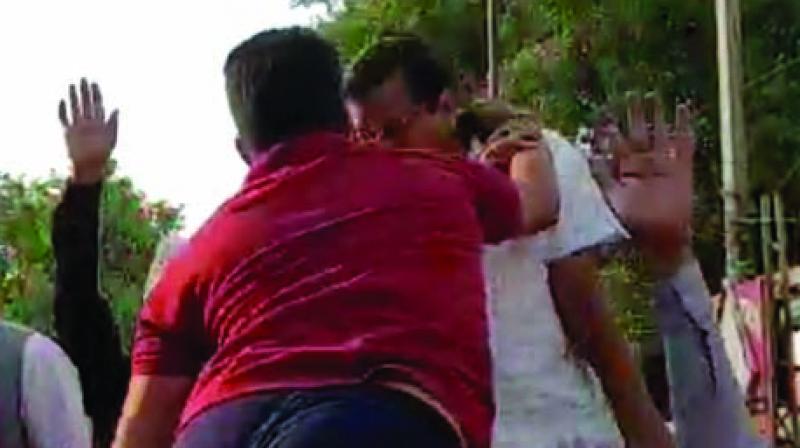 The attack on the Delhi Chief Minister Arvind Kejriwal during a poll rally in which a man climbed on to his vehicle and slapped him is a reflection on how much our society has plummeted in terms of civil behaviour. The tensions of a hard-fought election are no excuse for anyone, regardless of his political affiliations, to launch an attack on a politician who is not only canvassing before an election but is also a high functionary of State holding office as an elected representative of the people. An unusual response to the ugly incident defacing the very concept of democracy has been seen in political leaders of many parties indulging in a blame game than condemning outright the incident. And Kejriwal has withstood a number of such attacks — nine by his count — with various missiles like ink, chilli powder, shoes and eggs for him to believe that he is being unfairly targeted in a series of events.

Even as the police investigation may have been trying to establish the miscreant’s party affiliations, AAP, the ruling Delhi party, had dragged the Prime Minister and the BJP party president into the debate. And to boot, a Congress leader has hinted at the ‘slap’ having been staged by the AAP for drawing sympathy and political gain. The AAP also set off on a diatribe against the federal system by which the Delhi Police comes under the administrative control of the Centre rather than the State of Delhi. The latest incident was not caused by any laxity in police protection for an election road show as politicians are known to shrug off any security protocols as they mingle with the people or go in a parade of cars through the streets as in this case. Even so, it is a pity that a particular politician must be treated so shabbily.