It is to be seen if the government attempts to manipulate the data on the table to give the PM a clean chit. 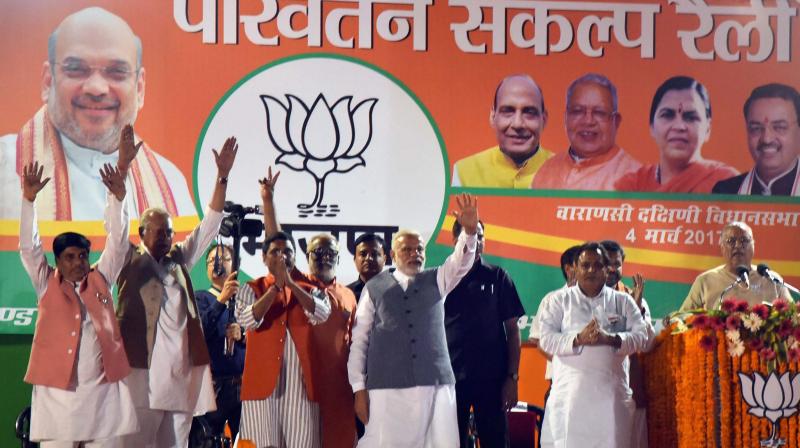 Evidently no trick is too low for the poll campaign in Uttar Pradesh. The political stakes are specially high for the BJP, and for Prime Minister Narendra Modi in particular. This is conceded by all sides. In light of this, the tone of the campaign is not just getting worse, there appears to be an element of distortion of facts as well, with a view to putting down opponents. This is a new element in the annals of electioneering in this country.

UP chief minister and Samajwadi Party boss Akhilesh Yadav, who is fighting hard in alliance with the Congress to retain his government, on Friday referred to what appears to be a case of wilful distortion of facts, with the probable intention of giving the campaign a communal tinge. The PM had said in a recent election speech that the train accident in Kanpur on November 20, which took more than 150 lives, had been a case of terrorism from across the border — a broad hint at conflating terrorism with Muslims in the public mind. However, the UP railway police chief, at a high-level conference later, noted in the course of his talk that there was not the slightest suggestion of terrorist activity in the Kanpur disaster. He also said that the facts which have emerged suggest “track fatigue”. This has certainly put Mr Modi in an awkward situation. It is to be seen if the government attempts to manipulate the data on the table to give the PM a clean chit.

In another speech, the PM made fun of Congress vice-president Rahul Gandhi. He said that in Manipur Mr Gandhi told his audience while electioneering that if his party returned to power in the state, the government would open a plant to package coconut juice from the state. In an effort to make the Congress leader look foolish before a UP crowd, Mr Modi said that Mr Gandhi did not even know that coconut is not grown in Manipur, and was making wild promises out of ignorance. But in a written statement, the Congress Party spoke of malicious distortion by the PM. It said Mr Gandhi had spoken of fruits grown in Manipur, and did not refer to the coconut at all.

The otherwise very active communications cell of the BJP has not responded to either the SP leader’s comment on the Kanpur railway accident or the Congress’ challenging the PM. This is not a BJP versus Congress or SP matter. The issue here is of the credibility of the office of the Prime Minister. Junior political figures are prone to exaggerate or underplay, and sometimes resort to plain falsehood. But higher standards are expected the higher one travels.