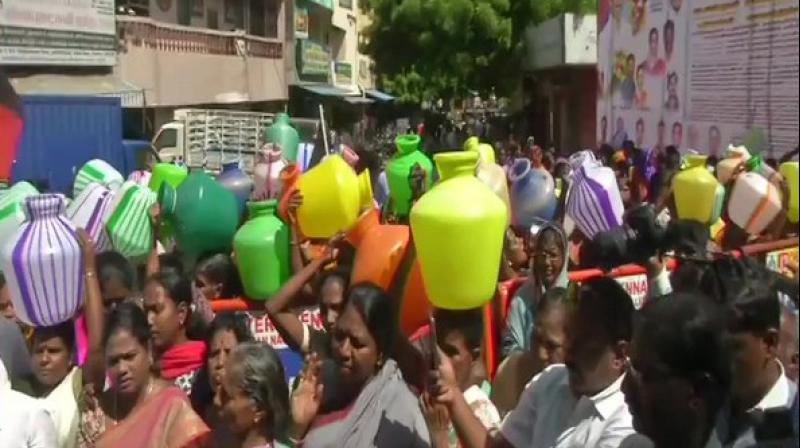 Erosion of the topsoil, rampant concretisation and depleting the groundwater brings us to the other side of the coin — the water shortage facing the nation. (Photo: File)

India’s water crisis veers between too much and too little. In the case of the unqualified disaster that is Mumbai, India’s financial capital, fingers must be pointed at the gross mismanagement of the city, where year after year, the onset of the monsoon brings with it a tide of misfortune. Roads are waterlogged, making them impassable for thousands of commuters who then traverse the busy metropolis using the once-much-vaunted suburban railway network, while low-lying homes and slums routinely face flooding. The city’s infrastructure has seen woeful neglect by the civic authorities. Worse still is the situation in the dams of the interior, as in Ratnagiri where the dam suffered a breach, putting more lives at risk.

The Maximum City’s plight is mirrored across India, from Delhi to Kolkata and Chennai to Bengaluru as well as Hyderabad and Pune. Kerala, which ironically faced floods and landslides last year, could also suffer a huge water shortage this year. Population growth, rapid urbanisation and the resultant pressure on infrastructure has gone hand in hand with rampant deforestation in all urban centres as well as hill resorts, leaving them vulnerable to nature’s fury. The civic authorities, particularly the corporators and contractors with political heft, see the flood damage as an opportunity to cash in and line their pockets. The need of the hour is eternal vigilance by citizen conservationists and urban planners who must up the ante against corrupt authorities.

Erosion of the topsoil, rampant concretisation and depleting the groundwater brings us to the other side of the coin — the water shortage facing the nation. As Prime Minister Narendra Modi has rightly pointed out, the next big challenge is water security.