The standing committee will be well advised to shoot down this bizarre conversion proposal. 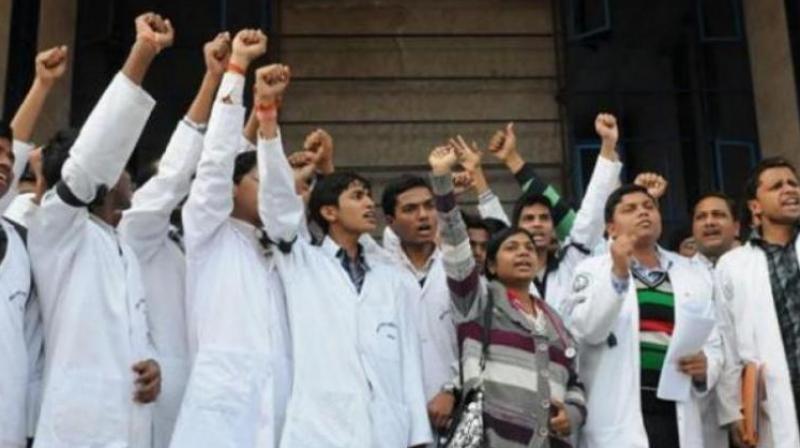 Millions can’t be put at risk through such measures to allow quacks to undertake surgeries, and so on.

Doctors called off their 12-hour nationwide strike after the government agreed to send the controversial National Medical Commission Bill to a standing committee. The medical fraternity was wholly justified in voicing fears over the bill that seeks to replace the old Medical Council with a commission. It’s not in the nomenclature that the problem lies, but in the bid to sanction virtual quackery by allowing homeopaths and those trained in alternative remedies to practice conventional medicine, known as allopathy. A so-called “bridging course” is all that an alternative medicine practitioner will need to join allopathic doctors in treating patients. A more quixotic proposal hasn’t been heard of than allowing all and sundry to become doctors on the excuse that there’s a shortage in India, particularly in rural areas, where young allopathy doctors are reluctant to work.

The standing committee will be well advised to shoot down this bizarre conversion proposal, the zeal for which flows from the same thought processes that equates ancient Indian knowledge with powers greater than the sum of all evolving human experience. Alternative remedies are fine for those who may not believe in allopathy, or have lost faith in chemical processes that produce its drugs, provided they have evaluated the probabilities and consequences and are convinced traditional medicines work for them. But to manufacture a whole bunch of half-baked doctors to augment those who go through rigorous courses to acquaint themselves with the human anatomy and the diseases and conditions it is susceptible to is to invite disaster. Millions can’t be put at risk through such measures to allow quacks to undertake surgeries, and so on.