Another great disappointment in the Budget was the new income-tax regime. 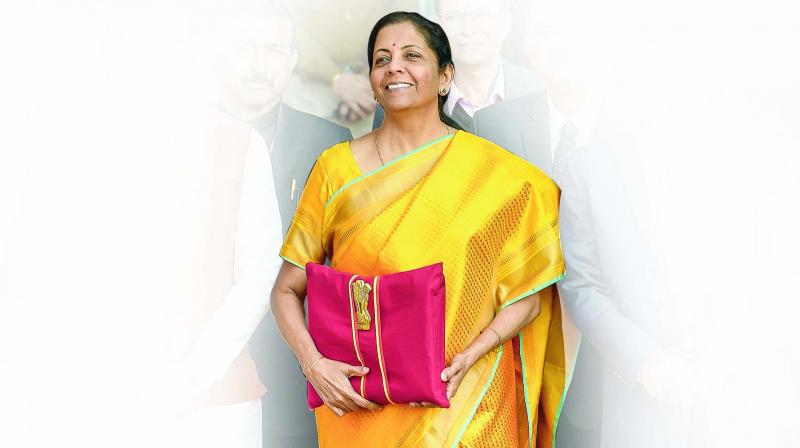 Disappointment is the one word that sums up Union Budget 2020-21. Finance minister Nirmala Sitharaman had a great opportunity to boost economic growth, after the ill-conceived 2016 demonetisation and an ill-timed rollout of the Goods and Services Tax in 2017. However she frittered away a golden chance to course-correct the country’s economic discourse by presenting a Budget that doesn’t have any vision or idea to address the current economic problems.

India’s economy is beset with three major problems: One, low consumer confidence, which discourages people from spending and thereby fails to create enough demand for entrepreneurs to invest and create jobs; two, poor prospects of future growth in demand and this inhibits business people from expanding their businesses; three, low capital formation and difficulty in securing loans. Any solution to boost economic growth must begin with restoring the people’s confidence in the economy’s future. But there was no major announcement in the Budget — something similar to the Atal Behari Vajpayee government’s Golden Quadrilateral — that could revive confidence. When the government, that theoretically has unlimited spending power, shudders to fearlessly take up mega-projects to boost the economy, what can individuals and companies do? Similarly, nothing was done to either to resurrect state-run banks or privatise them to bring efficiency into their functioning.

The Budget, however, had some good proposals like encouraging women’s self-help groups to build storage facilities for farm produce in villages, incentivising the construction of cold storages at the block level on PPP mode, and prodding state governments to amend archaic laws governing market-yards. In the proposed scheme, the Centre would remain a mere facilitator by providing financial support. How fast such proposals fructify, especially in the wake of a deep-seated resistance in rural areas to allow a new social order to emerge, is a trillion-rupee question.

Another great disappointment in the Budget was the new income-tax regime. There are many opinions on taxation — some call for taxing the rich at a higher rate and relatively less rich at a lesser rate, others prefer a considerably lower rate for everyone without a maze of deductions for easy tax compliance, and a few others oppose the concept of income-tax itself. On her part, Ms Sitharaman appears to have chosen the advice of the second lot, but not wholeheartedly. The result is that she abolished all deductions to make compliance easy, but tax slabs were rearranged in such a manner that the taxpayer continues to pay the same tax or maybe a little more. In a nation like India where each individual has to fend for himself due to the lack of a social security net, most people dislike the idea of working one-third (33 per cent) of their day to pay income-tax. And at any given opportunity, they would try to evade taxes. But if the tax rate is low and compliance easy, more people would become taxpayers. But sadly the finance minister failed to realise it, and her tax proposal has ended up as the butt of jokes in the social media.