The new measure, most details of which are yet to be revealed to Hong Kong’s people, was approved just a day earlier 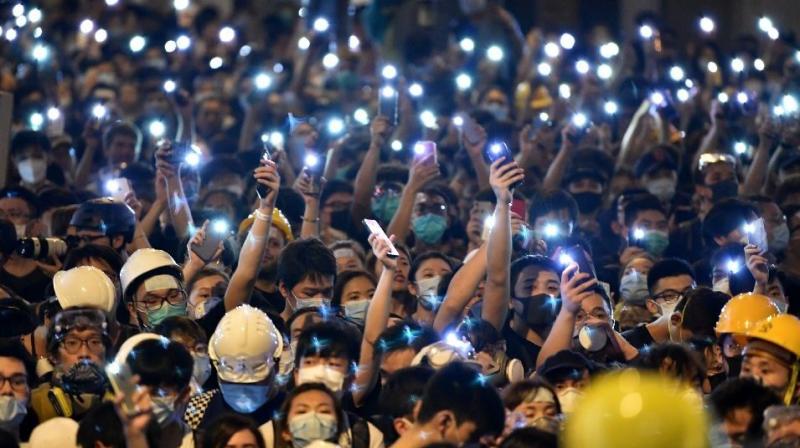 Hong Kong has been shaken by massive anti-government rallies this month. (AFP)

The draconian new security law that was brought into force in Hong Kong on Wednesday makes mincemeat of the solemn commitment that the People’s Republic of China had made under the 1997 Sino-British agreement to ensure the former crown colony’s autonomy after the handover.

Under that, for the next 50 years, till 2047, Hong Kong was to be a part of China, true, but to be governed under separate laws that did not apply to the mainland, under the so-called “one country, two systems” formula.

The new measure, most details of which are yet to be revealed to Hong Kong’s people, was approved just a day earlier by the standing committee of China’s National People’s Congress and signed by President Xi Jinping, and will become a part of the Basic Law, Hong Kong’s constitution, and carry penalties up to life in prison.

It comes a year after widespread protests had erupted in the territory in June-July last year, and continued for over six months, before the rising Covid-19 cases took the protesters off the streets.

With the world’s attention focused on tackling the coronavirus pandemic, Beijing thought the time was ripe to crack the whip in Hong Kong, just as it took advantage of the situation to make incursions across the Indian border, and to act against Taiwan, Japan and several countries around the South China Sea.

Hong Kong’s Beijing-appointed leader Carrie Lam, who was forced to withdraw a controversial bill enabling the extradition of suspects in some criminal cases to the mainland after months of protests last year, admitted Wednesday that “past failures” had led to the 2019 outbreak, and said the new law would impact only a few “troublemakers”, but there were few takers.

Despite the harsh punishments, thousands took to the streets in Causeway Bay and elsewhere (the scene of last year’s protests), with many waving “independence” flags and some the Stars and Stripes, leading to at least 180 arrests and hundreds more detained.

China’s real fear, of course, is that unless harshly stamped out, these voices of dissent will spread and encourage others in other outlying areas like Tibet and Xinjiang, and of course on the mainland itself.