The PM has sought to re-package this as a gift for loans for low-cost housing. 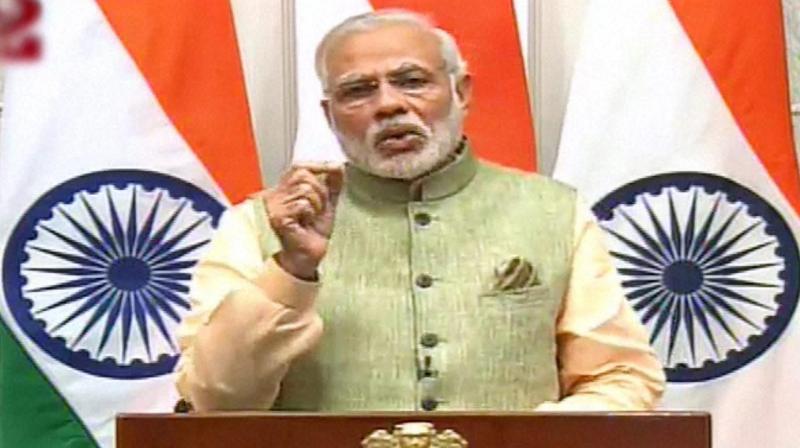 Prime Minister Narendra Modi gestures as he addresses the nation on the eve of New Year, in New Delhi. (Photo: PTI)

Prime Minister Narendra Modi’s speech on New Year’s Eve was evidently calculated to make ordinary Indians feel good — even proud — that they had suffered some “pain” in the 50-day long yagna of shuddhikaran or purification of national life to root out black money and corruption, but the jury is out whether the tool of demonetisation used for the purpose was any good at all.

For the pain endured by the people, the PM has sought to offer some sops. These have been directed at sections of the population he thinks have suffered the most. These prizes can also be thought of as thanksgiving to ordinary Indians for suffering in silence and not revolting or take up cudgels against the state, a line of thinking that has been a regular part of the ruling party’s narrative in recent weeks. But many are apt to wonder: was it just temporary “pain”, a minor inconvenience, that they suffered on account of standing in never-ending queues at banks? Outside of agriculture, some 400 million people are engaged in informal sector and daily work jobs. A frighteningly large proportion of this segment has been rendered unemployed by demonetisation; many micro, small and medium industries are on the verge of closure.

The rural economy, which was recovering this year on account of a good monsoon after successive years of drought, has been negatively impacted by agriculture. A very large number of Indians are worried where their next meal might come from.

To describe the devastation caused to millions of households as pain suffered in the act of the virtuous process of shuddhikaran is to deny the suffering caused to the most vulnerable Indians, and to stay in a state of denial about the blow dealt to the economy.

With nearly cent per cent of the demonetised currency returning to the banking system, which is now fully remonetised after suffering a long spell of capital shortage on account of bad debts to top industrialists, a fall in interest rate was automatically to be expected. The PM has sought to re-package this as a gift for loans for low-cost housing. Similarly, schemes were announced for senior citizens and other sections.

As we move into the new year, Mr Modi’s Saturday speech would have been reassuring if the country had been given some idea about how much black money was unearthed, how many corrupt people were interrupted, and the extent of terrorist finance and counterfeit currency notes unearthed. Instead, we hear so much about electronic payment devices and portals. Was the great pain of demonetisation and rocking the economy necessary to lead people to plastic money?

Mr Modi’s speech raises more questions than it answers about the great yagna he invokes.