Nagrota attack was in progress even as Pak’s outgoing Army Chief Gen. Raheel Sharif was handing over the baton to his successor Javed Bajwa. 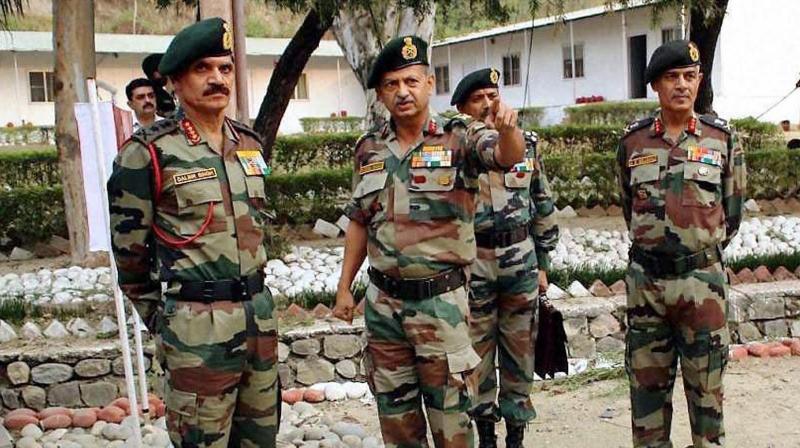 The attack by Pakistani terrorists at the base of the Indian Army’s 16 Corps at Nagrota, near Jammu, in which two officers and five soldiers were killed on Tuesday, is evidence, if this were needed, that India’s September 28-29 “surgical strikes” across the Line of Control at terrorist launchpads were ineffectual and pointless. The attack was in progress even as Pakistan’s outgoing Army Chief Gen. Raheel Sharif was handing over the baton to his successor Gen. Qamar Javed Bajwa. Until there is sufficient information, it will be debated whether it was the retiring general’s last hurrah, his final anti-India act, or the incoming chief’s inaugural fusillade to show that there will be no deviation from the Pakistan Army’s core formula of using terrorist proxies against India.

This is a meaningless debate. As it was noted here earlier on Tuesday, no matter who leads the Pakistan Army, even a good guy, the use of the low-cost and deniable use of proxies is unlikely to be given up in a hurry as a strategic paradigm. Among the key elements that will go into how we defend ourselves — short of war — is to make high-value locations secure in a foolproof manner. The Narendra Modi government, for all its extolling of nation and nationhood and excoriating opponents as “anti-national”, has shown itself spectacularly inept in ensuring this.

From the beginning of this year, there were three dramatic attacks on high-profile military targets, besides several more less high-profile ones, though these remain critical to our security framework. The Pathankot Air Force Station, one of the most important forward airbases of the country, was hit by terrorists just days after Prime Minister Modi paid Pakistan PM Nawaz Sharif an impromptu visit at his Lahore home. Then came the brigade headquarters at Uri in the Kashmir Valley in September, and now the HQ of 16 Corps, one of the two corps formations in J&K directly facing Pakistan.

It is evident that the terrorists are trying to cause mayhem at Army installations, yet reports on how security at these encampments were breached and was of a poor order and had to be bolstered, have been permitted to gather dust.

What we get instead is chest-thumping public rhetoric on the success of our “surgical strikes” by a defence minister adept in the use of medieval imagery and false battlefield bravado. Mr Parrikar may enjoy the complete confidence of his Prime Minister, who recently described him as among the “shiniest jewels” of the present government. But the figures don’t lie. In 2015, around 40 military men died at the hands of terrorists, and this year the figure is nearly double. We need to tighten up and have clear-headed military and diplomatic contingencies worked out.