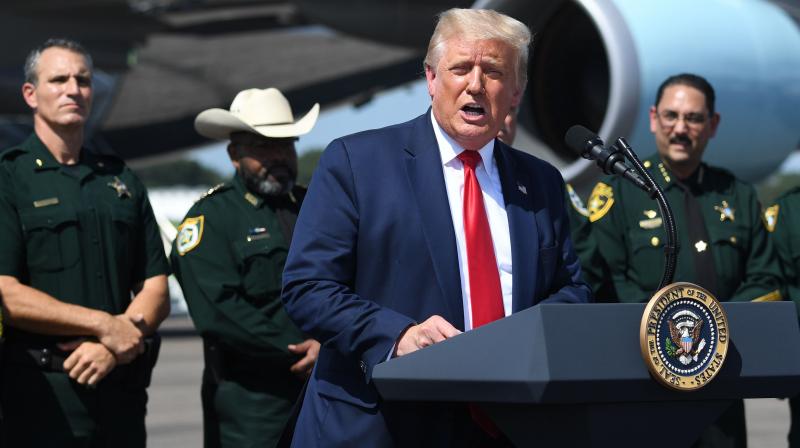 It is preposterous of a US President to even think he can toy with an idea of upsetting an 1845 law. AP Photo

The fear of defeat may have prompted Donald Trump to suggest postponing the November 3 election.

It is preposterous of a US President to even think he can toy with an idea of upsetting an 1845 law that fixed quadrennial Election Day as the Tuesday next after the first Monday in the month of November.

This is a clear affront to a well-established democratic norm in the world’s oldest active democracy.

Not many Republicans are votaries either in this act of self-preservation of a President who has taken on the looks of the lamest duck in history after a presidential term that has gone south.

As if an economy crippled into making possible the worst quarter since World War II and a plunging jobs market were not bad enough, Trump’s leadership in the time of the coronavirus that has snowballed into a crisis affecting directly 4.4 million people, 80,000 fresh cases a day and 1.5 lakh deaths has rendered him a sitting duck as he seeks re-election.

This in a country in which its last three Presidents were two-termers in Obama, Clinton and Bush. A whingeing Trump points to weaknesses in the postal ballot system to seek more time on an Oval Office chair he has done no justice to.

At this time four years ago it was believed Hillary Clinton was a shoo-in but Trump upended that in history’s greatest upset.

The fear now is any such rearguard campaign in the digital age allowing unlimited scope for falsehoods and untruths, all well-chronicled in an open society with a free media, would put a mendacious charlatan back in power.

That may further embolden other dictatorial strongmen around the world to imperil democracy at will.

A Democrat in the White House may frown upon many of India’s home policies. But, for the sake of democracy, even an ageing Joe Biden would be a saviour of covenants with freedom.