Uma Bharati should step down

It will be in the interests of justice if the Supreme Court monitors the progress of the case in Lucknow. 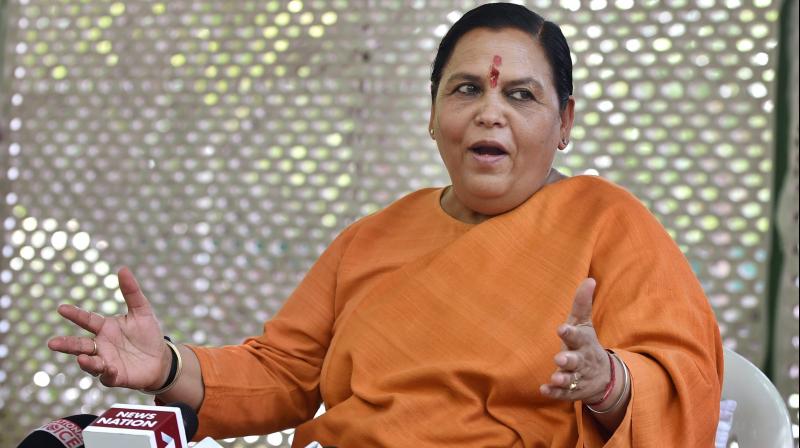 In line with the direction of the Supreme Court, a special CBI court in Lucknow framed charges of “criminal conspiracy” under Section 120(b) IPC in the Ayodhya case against veteran BJP leader Lal Krishna Advani and others — including Murli Manohar Joshi and Uma Bharati, now Union minister for water resources, on Tuesday. Accordingly, the plea of the accused to be discharged from the case was rejected. They were, however, granted bail.

Now that criminal charges have been framed, it is morally imperative for Ms Bharati to resign from the Union Cabinet, although legally she may not be bound to do so. A minister arraigned in a criminal case cannot be trusted to fulfil her obligation to uphold the Constitution. If she does not resign, Prime Minister Narendra Modi should remove her.

All the accused who are MPs should also resign their seats. After all, the Election Commission is in the process of finalising the widely-discussed recommendation that people against whom charges have been framed in a criminal case in which the minimum sentence is two years or more should be banned from contesting elections for a certain length of time.

It will be in the interests of justice if the Supreme Court monitors the progress of the case in Lucknow. The CBI has the bad reputation of obeying the party in power. It can easily try to weaken the “conspiracy” case by presenting shoddy evidence to the trial court if it is quietly instructed to do so.